today i want to present you my newest project, the center of the Heart-Nebulae Melotte 15. I collected many frames to eliminate the noise. The processing was easy, pretty no noise. Additional there is a little PN in the left bottom corner, called WEBO1. It was discovered only in 1995 by Ronald Webbink and Howard Bond. The research results were published in 2002. More in objects.

Melotte 15
Cosmic clouds seem to form fantastic shapes in the central regions of emission nebula IC 1805. Of course, the clouds are sculpted by stellar winds and radiation from massive hot stars in the nebula's newborn star cluster, Melotte 15. About 1.5 million years young, the cluster stars are near the center of this colorful skyscape, along with dark dust clouds in silhouette. Dominated by emission from atomic hydrogen, the telescopic view spans about 30 light-years. But wider field images reveal that IC 1805's simpler, overall outline suggests its popular name - The Heart Nebula. IC 1805 is located along the northern Milky Way, about 7,500 light years distant toward the constellation Cassiopeia.

WEBO1
WeBo 1 (PN G135.6+01.0), a previously unrecognized planetary nebula with a remarkable thin-ring morphology, was discovered serendipitously on Digitized Sky Survey images. The central star is found to be a late-type giant with overabundances of carbon and s-process elements. The giant is chromospherically active and photometrically variable, with a probable period of 4.7 days; this suggests that the star is spotted, and that 4.7 days is its rotation period. We propose a scenario in which one component of a binary system became an AGB star with a dense stellar wind enriched in C and s-process elements; a portion of the wind was accreted by the companion, contaminating its atmosphere and spinning up its rotation. The AGB star has now become a hot subdwarf, leaving the optical companion as a freshly contaminated barium star inside an ionized planetary nebula. The central object of this nebula has previously been described as a late-type K giant barium star with a possible hot companion, most likely a young pre-white dwarf. UVOT photometry shows that while the optical photometry is consistent with a large cool object, the near-ultraviolet (UV) photometry shows far more UV flux than could be produced by any late-type object. Using model stellar atmospheres and a comparison to UVOT photometry for the pre-white dwarf PG 1159-035, we find that the companion has a temperature of at least 40,000 K and a radius of, at most, 0.056 R_sun. While the temperature and radius are consistent with a hot compact stellar remnant, they are lower and larger, respectively, than expected for a typical young pre-white dwarf. This likely indicates a deficiency in the assumed UV extinction curve. We find that higher temperatures more consistent with expectations for a pre-white dwarf can be derived if the foreground dust has a strong "blue bump" at 2175 AA and a lower R_V. Our results demonstrate the ability of Swift to both uncover and characterize hot hidden companion stars and to constrain the UV extinction properties of foreground dust based solely on UVOT photometry. 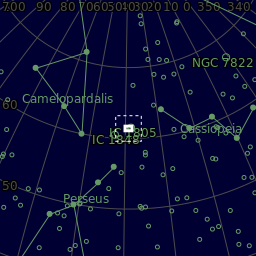