NGC 5945, along with the other galaxies in the image, are located in the constellation Boötes. NGC 5945 is an example of a barred galaxy,.spiral whose arms overlap making a pseudo ring. Besides these rings there are two outer arm segments that see to make huge "ears" on the east and west sides of the galaxy. The two arms appear to have a high concentration of hot young blue stars. Just above the rings is a blue area, of possibly similar stars, that appear to have become slightly disconnected from the galaxy.

To the far left, of NGC 5945, is a pair of interacting galaxies,NGC 5934 and 5935.Both have plumes drawn out of them by the interaction. Below the pair is KISSR 1955 a starburst galaxy with a faint outer halo. Starburst activity can be triggered by interaction with another galaxy but this
isn't necessary.

At the center of the image is the NGC 5943.
This galaxy is very fuzzy with large plumes Closer examination reveals a jet coming from the right side of the galaxy. This jet may be related to the large, and faint, cloud that extends to the upper left and lower tight of NGC 5943.

NNGC 5947 is a rather pretty face on barred spiral with many arm segments.

All are likely members of the same local group
about a quarter billion light-years distant by redshift measurement.

Hundreds of tiny galaxies and galaxy groups are here and there ,in the background,all around the image., some of them 3500 light years and even more... 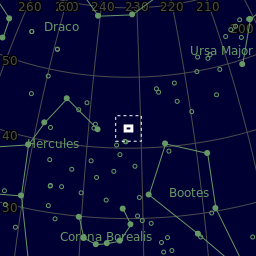