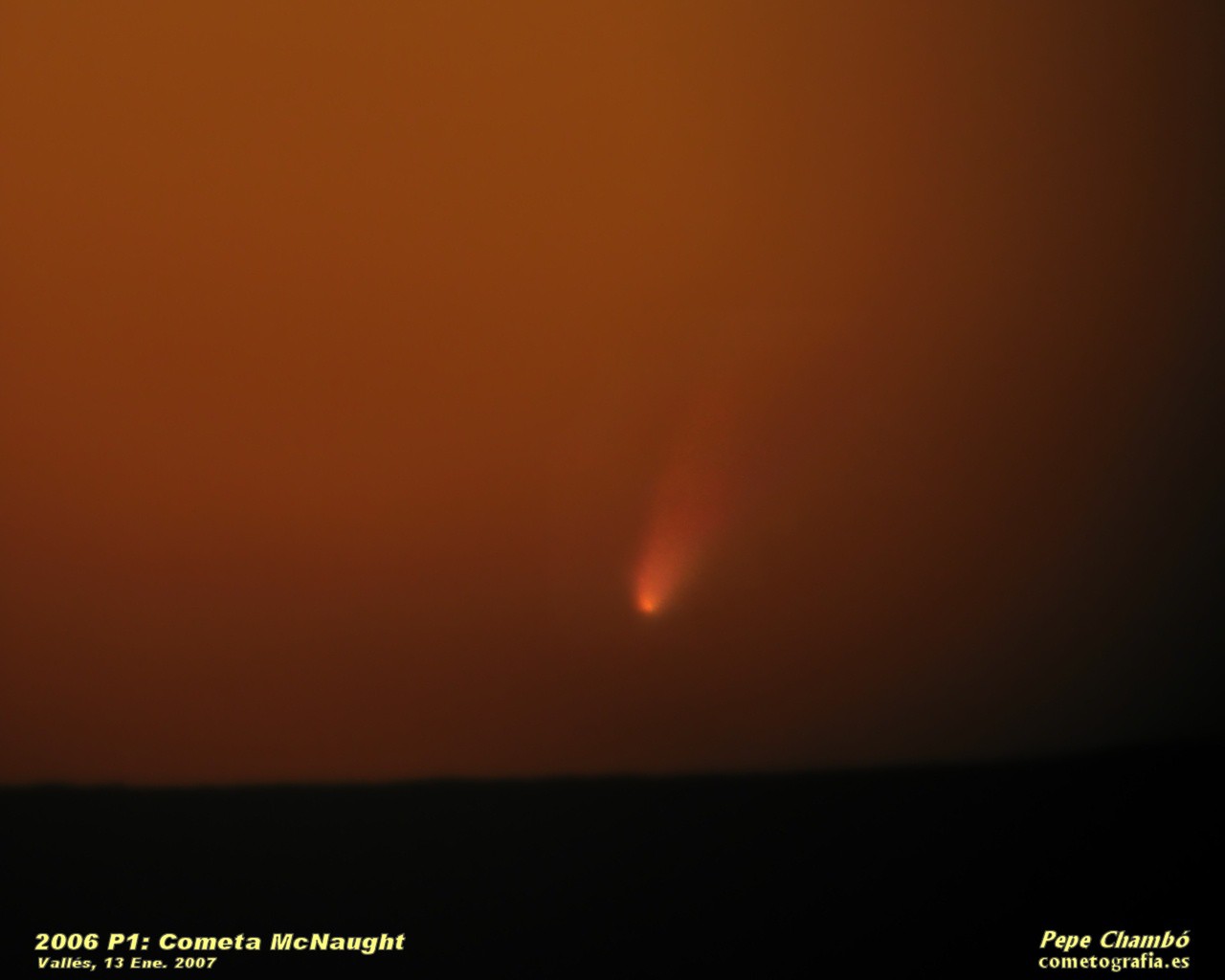 This comet discovered by Robert McNaught from Australia at 2006, August 7 has been the brightest (mag. -5,5) since the Ikeya-Seki at 1965 (mag. -10). But your proximity to sun did specially hard to see, mainly from the North Hemisphere, where it could be seen only during dusk along a few minutes.

I took this photo at 2007 middle January, in the few days on wich it could be seen from Spain. Furthermore of a West horizont free of obstacles and perfectly clean, I had needed a better equipment, but this is that I had: a compact camera and a 10x50 binoculars on a tripod. Centering and focussing problems did that I took only a image too late, with the comet to less of 1 degree above horizont.

Four years late I've retrieved the JPEG image and I've process it as far as possible to try improve it some.