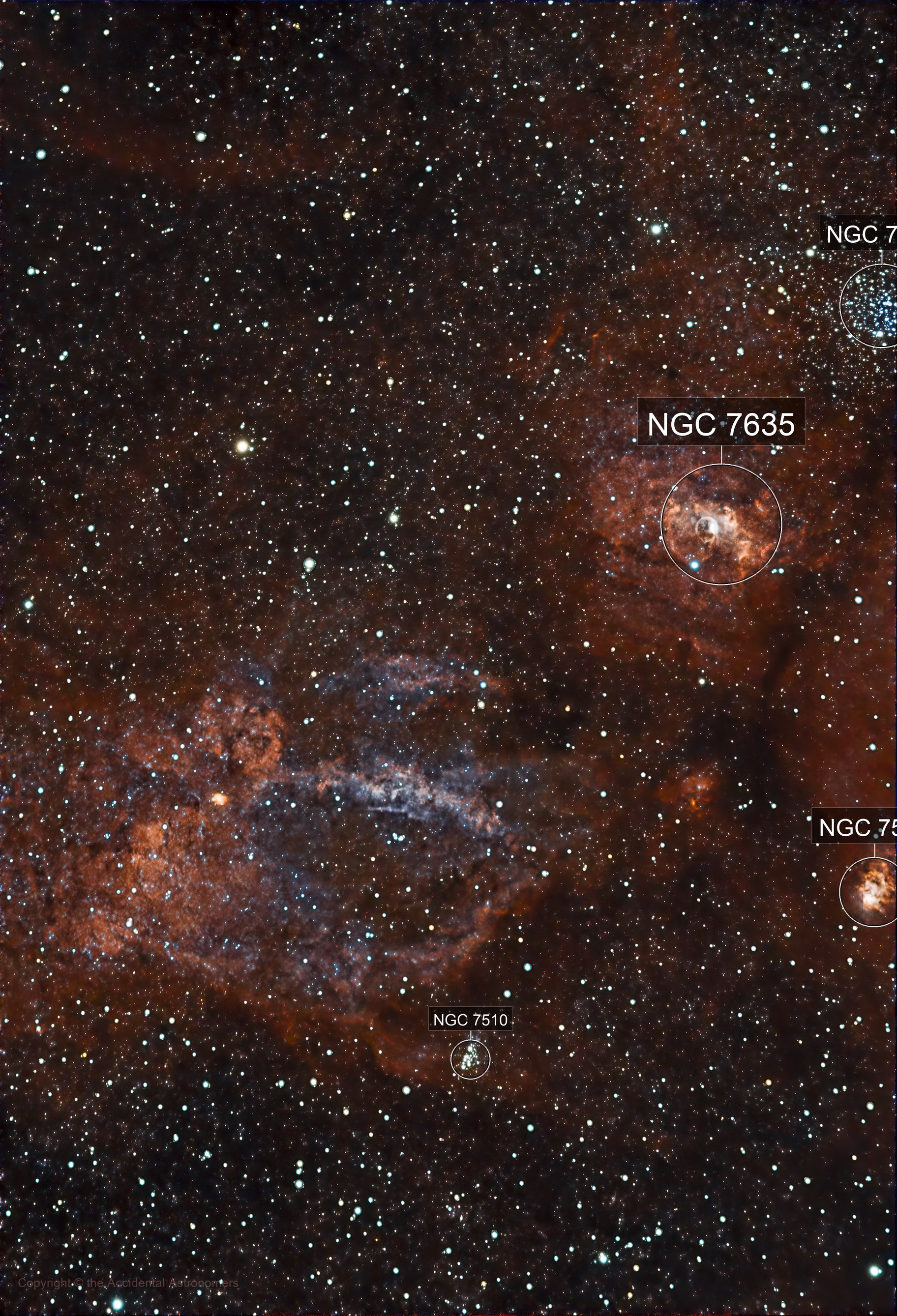 This is another wide-angle piece containing two emission nebulas (BTW, I refuse to use the Latinized versions of "nebulas" and "supernovas"--it sounds pretentious to my ear), among other things. This was shot on the Big Bend trip with the William Optics ZenithStar 61 small refractor.

Center right is the Bubble Nebula, NGC 7635. Discovered by William Herschel in 1787, it lies 11,000 light years away in the Cassiopeia constellation. The bubble was created, and is powered by what is thought to be a Wolf-Rayet star designated BD+60°2522 (but it may actually be a giant Type O star). That star has 44 times as much mass as the sun and will likely blow itself to smithereens in a Type 1 supernova explosion before too long. We photographed the Bubble back in August with the big scope and posted that picture here. But we barely knew what we were doing all those months ago, so the data we got was a mess. Still, we were very happy to get anything at all. I've attempted to reprocess that data and will post the results in the comments below.

Below and to the left of the Bubble Nebula is the Lobster Claw Nebula, Sharpless 157, which is about 8,100 light years away, also in Cassiopeia.

Just below and to the left of that (you'll have to zoom in close to see it) is the planetary nebula PLN 110.01. It's very hard to see in this picture. It looks like a small star with a tiny swath of bright red underneath it.

Above and to the right of the Bubble Nebula--much more visible than PLN 110.01--is a Messier object, an open star cluster called M52.

The bright spot to the right of the Lobster Claw is NGC 7538 in the constellation Cepheus 9,100 light years distant. It houses the largest known protostar, which is 300 times the size of our solar system.

The close smattering of stars just below the bottom claw is NGC 7510, which is an open star cluster on the border of Cassiopeia and Cepheus about 11,400 light years away.

So this target was a really rich one. I would like to have framed it in landscape rather than portrait, but this was one of several targets that night, and any rotation of the camera would require me to stop and take calibration images, which can take a while. I didn't want to waste any minutes under a dark sky. 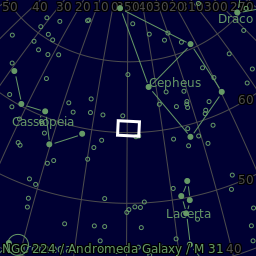