Definitely one of my most difficult targets. This 4 panel mosaic, imaged during the new moon of January 2016 represents an extremely large area in Aurigu and Taurus. Remnants of a giant explosion some 40,000 years ago. Easily located by one of the brightest stars in the winter night sky, Capella. This structure has a diameter of 3 degrees in the night sky. For comparison, the full moon constitutes 1/2 a degree. The faint hydrogen structure remains unseen with the naked eye.

More information from Wiki: Simeis 147, also known as the Spaghetti Nebula, SNR G180.0-01.7 or Sharpless 2-240, is a supernova remnant (SNR) in the Milky Way, straddling the border between the constellations Auriga and Taurus. Discovered in 1952 at the Crimean Astrophysical Observatory using a 25-inch Schmidt-Cassegrain telescope, it is difficult to observe due to its extremely low brightness.

It is believed that after its stellar explosion a rapidly spinning neutron star known as pulsar PSR J0538+2817 was left behind in the nebula core, emitting a strong radio signal.

Acquired in Sequence Generator Pro, registered, calibrated and assembled in PixInsight. Levels and export in Photoshop.

Acquisition Details of each panel: 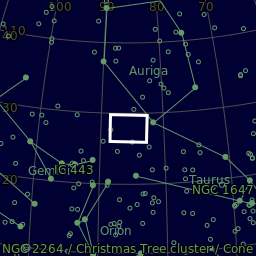