This object is a rarely imaged, severely distorted, face-on spiral galaxy located 70 million light years away in the constellation of Aquarius, at a declination of -12 degrees. Its diameter of 4 arc-minutes corresponds to a width of 90,000 light years.

This galaxy has numerous arcing star streams which wrap around the core. The "core" is actually two bright cores side by side, with a separation of only 3 arc-seconds. These two bright cores are visible upon close examination of the full resolution image. Because of these two cores and the star streams, it appears that this galaxy has been the product of a galaxy merger.

Although the central galaxy region is a bit pinkish in hue, most of the galaxy is white. This, plus the lack of star clusters and HII regions, indicates that little star formation is occurring. Long term, this galaxy will likely evolve into a large elliptical.

NGC 7724 is seen at the lower left. Although this galaxy is not believed to be interacting with NGC 7727, it has an interesting structure all its own. The core is oval shaped and is likely a weak bar. Out of each end of the bar extends a single arm, each of which wrap around 180 degrees. For some reason one of these arms, after wrapping 180 degrees, appears to reconnect to the opposite end of the bar.

This is one of my favorite recent images. I really love the intricate structure of both objects. I don't understand why this pair of objects is not more commonly imaged. 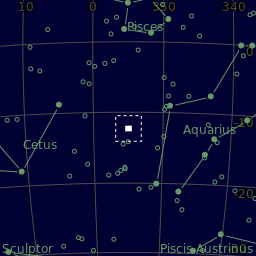