Three panel Mosaic of Andromeda with data from imaging sessions of years past.

About - I’ve been imaging Andromeda since 2011 and finally have acquired enough data to print my image at 3ft by 6ft on the desired medium. This image reflects years of work to understand the process of acquisition, calibration, and processing. It also reflects years of sleepless nights to capture ever photon traveling towards us.   This is a three panel mosaic with data acquired since 2014 in Chattanooga, Cleveland, Ocoee, and Fall Creek Falls. Data was star aligned and used as layers to yield the desired lightness.   Thanks to my Wife who encourages my work, my friends in the Barnard Astronomical Society of Chattanooga, and all of the area Parks that keep our dark skies protected.

From wiki- The Andromeda Galaxy also known as Messier 31, M31, or NGC 224, is a spiral galaxy approximately 780 kiloparsecs (2.5 million light-years) from Earth. It is the nearest major galaxy to the Milky Way and was often referred to as the Great Andromeda Nebula in older texts. It received its name from the area of the sky in which it appears, the constellation of Andromeda, which was named after the mythological princess Andromeda.
Being approximately 220,000 light years across, Andromeda is the largest galaxy of the Local Group, which also contains the Milky Way, the Triangulum Galaxy, and about 44 other smaller galaxies. Despite earlier findings that suggested that the Milky Way contains more dark matter and could be the largest in the grouping, the 2006 observations by the Spitzer Space Telescope revealed that Andromeda contains one trillion (1012) stars: at least twice the number of stars in the Milky Way, which is estimated to be 200–400 billion.
The mass of the Andromeda Galaxy is estimated to be 1.5×1012 solar masses, while the Milky Way is estimated to be 8.5×1011 solar masses. In comparison, a 2009 study estimated that the Milky Way and M31 are about equal in mass,while a 2006 study approximated the mass of the Milky Way at 80% of the mass of the Andromeda Galaxy. The Milky Way and Andromeda are expected to collide in 3.75 billion years, eventually merging to form a giant elliptical galaxy or perhaps a large disc galaxy. The apparent magnitude of the Andromeda Galaxy, at 3.4, is among the brightest of the Messier objects,making it visible to the naked eye on moonless nights, even when viewed from areas with moderate light pollution.

Acquistion details-
Acquired in Sequence Generator Pro. Calibrated in Pixinsight, with levels and export from Photoshop. Data from past years integrated by registration frames and star alignment tool where appropriate. 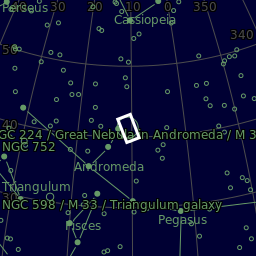