I decided that tonight I would try and image M97 and M108 in the same field of view. The sky

was not perfect. It had a dim haziness for lack of a better description and there were scattered

clouds. However there were no clouds where I wanted to image. I found M97 and M108

quickly and took a test image to check my framing. I did not like the framing so I adjusted my

scope and took another test image. This time the framing was acceptable. I began imaging. I

100 light frames hoping that this would produce an image with less noise. However as is my usual

lately when I got to light frame 13 the image was brighter, pink colored, and hardly anything

could be seen in the image. I moved away from the glare of my computer screen and looked

at the sky. The entire sky was now clouded over. So I only had 12 light frames to work with. I

felt that noise would be an issue and my assumption was correct. I had captured a fair amount

of detail and color in both M108 and M97. The post processing took a while and most of my

time was spent trying to eliminate the noise. Finally I came up with an image that I consider

acceptable. It is not exceptional but I'll take it. As usual I'm long winded. However with all

of that said this is my first attempt at imaging M97 and M108 in the same field of view. Please 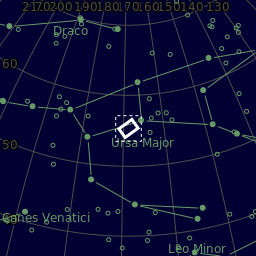