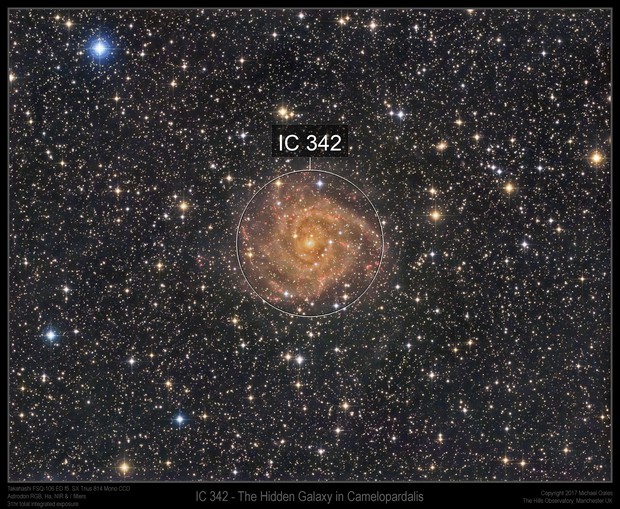 The subs that go to make up this image are a right mixture of both different exposure times and also bin settings with the bulk being bin 2x2 and 4x4 so that I could get lots of data in a relative short period of time, if you count 31hrs as short!! A fairly quick image for me as this was only taken over 3 months Nov 2016 – Jan 2017.

A difficult galaxy to image and I have used two different NIR filters to capture most of the data. Ha was used to pick out the nebulosity in the arms.

The overall appearance of this galaxy is on the red side due to the dust in our galaxy preventing a lot of the blue light getting through.

This galaxy is the largest in the IC 342 / Maffei Group of galaxies, many of which are very faint and most hidden by dust. It’s my first in the group to complete, the rest, well, they will take a ‘little’ longer

There are ~ 24 galaxies in the group, but the list is not complete or set in stone as data from some is not good enough to be sure that they are in the group, again due to the intervening dust making the distances & size unclear. 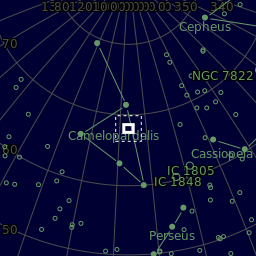