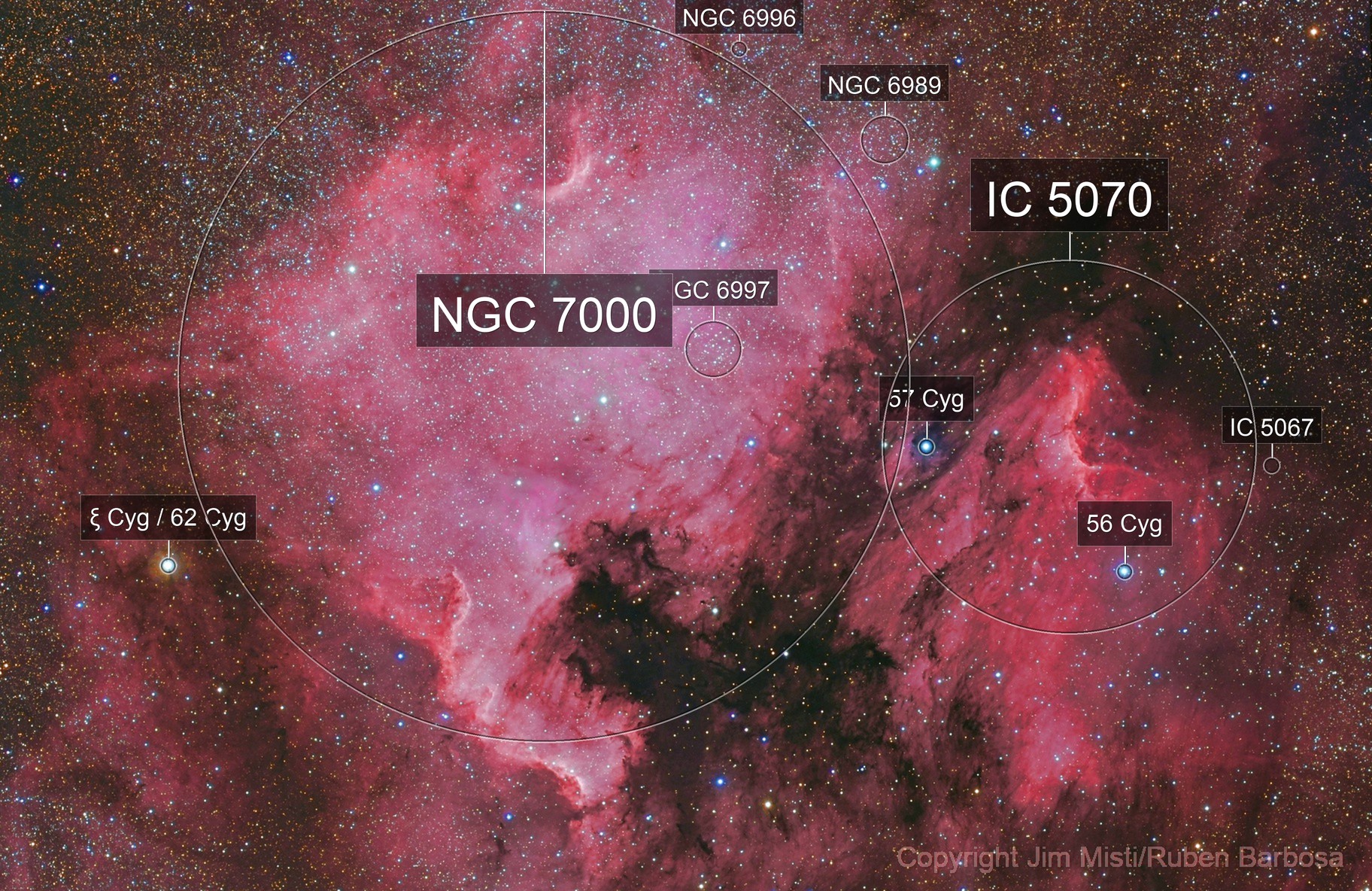 
In the direction of the constellation of the Swan, near the star Deneb, lies a surprising nebula whose apparent familiar shape is enough to arouse our attention.

On the left side, the resemblance to North America becomes impressive as we associate the dark spot with the Gulf of Mexico.

Canada and North America are relatively easy to observe.

Near the border there are two open star clusters; In the state of Washington, the Collinder 428 and, more right to the sides of Michigan, the NGC 6997. Although they appear in the nebula, they are in fact background objects of the image.

The well-defined wall of Mexico is a stellar maternity, where new stars are being formed at high rhythms.

Moving to the right, we pass through Florida, a somewhat diffuse but perceptible location, until we reach the Pelican Nebula (IC 5070), so-called because dark clouds highlight the eye and the beak, while the glowing gas suggests Shape of the head and neck.

The stellar cloud that houses the two nebulae has a mass estimated at 5,000 suns, is about 1,500 light years from Earth (although difficult to estimate due to the dust in the direction of the nebula) and spreads over a distance To 100 light-years. Its unmistakable reddish color is due to ionization of the hydrogen caused by hot and massive stars inside the nebula. 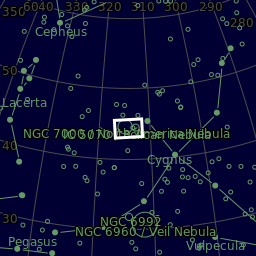