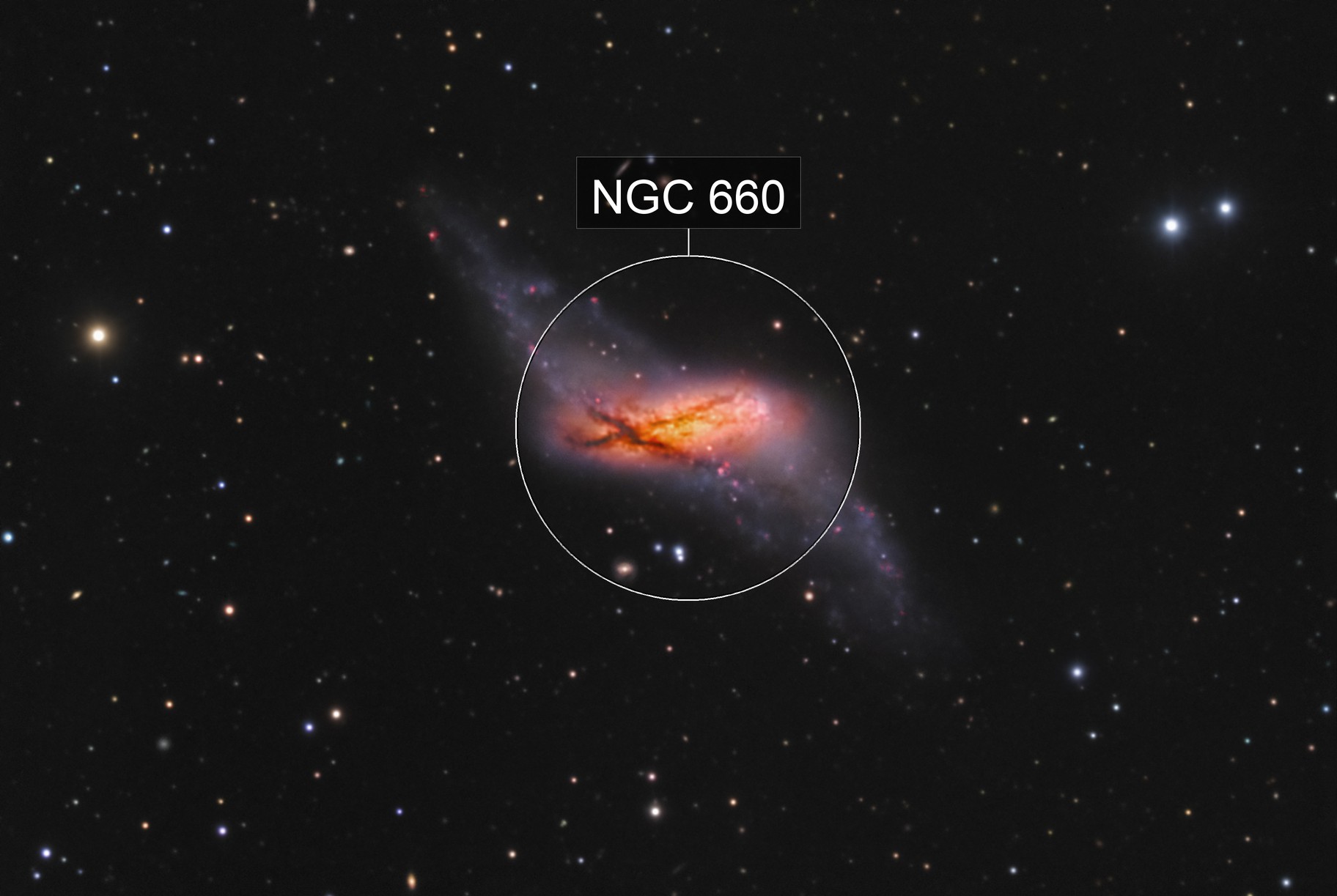 The Arecibo radio dish is sadly being decommissioned following the failure of two support cables in August and November 2020. At a diameter of 305 meters, the spherical dish was the largest single aperture telescope in the world for 53 years until the construction in 2016 of the Five-hundred-meter Aperture Spherical Telescope (FAST) in China. During its illustrious 57-year history, the Arecibo Observatory has been at the forefront of numerous scientific endeavors and discoveries.

In January 2013, researchers using the Arecibo telescope in a multi-year study of molecules in nearby galaxies reported an unexpected and dramatic outburst of energy in the polar-ring galaxy NGC660. The magnitude of this outburst was reported as about ten times brighter than a supernova explosion and possibly resulting from a tremendous jet emanating from the galaxy's central black hole. A subsequent study using a combination of archival radio and Chandra X-ray data, together with new radio observations made using e-MERLIN in mid-2013 showed a new compact and extremely bright continuum source at the center of the galaxy. The authors concluded “that we are seeing a period of new active galactic nuclei (AGN) activity in the core of this polar ring galaxy.”

The description from Wikipedia states: “NGC 660 is a peculiar and unique polar-ring galaxy located approximately 45 million light years from Earth in the Pisces constellation.[3] It is the only such galaxy having, as its host, a "late-type lenticular galaxy".[4] It was probably formed when two galaxies collided a billion years ago.[5] However, it may have first started as a disk galaxy that captured matter from a passing galaxy. This material could have, over time, become "strung out" to form a rotating ring.
The ring is not actually polar, but rather has an inclination from the plane of the host disk of approximately 45 degrees.[4] The extreme number of pinkish star-forming areas that occurs along the galaxy's ring could be the result of the gravitation interaction caused by this collision. The ring is 50,000 light-years across - much broader than the disk itself - and has a greater amount of gas and star formation than the host ring. This likely indicates a very violent formation.”

I hope you enjoy the image!

Online references used for this narrative: 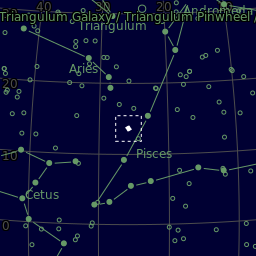