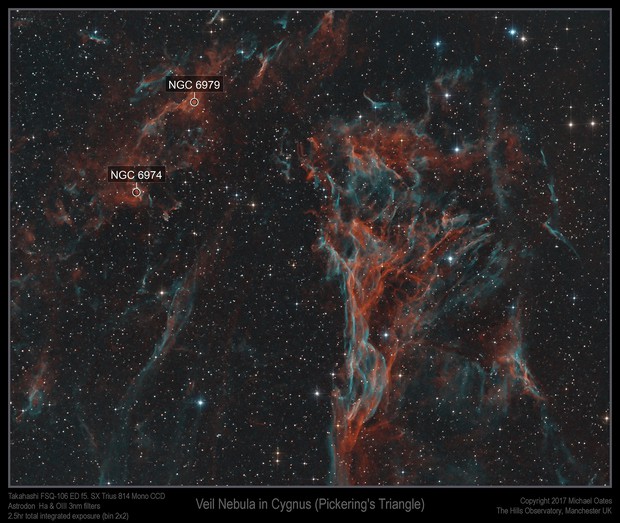 I keep being amazed at what can be imaged from my light polluted site. I have never attempted the Veil Nebula before as I thought it would be a difficult object. But two weeks ago during full Moon and while I was waiting for it to go dark (i.e it was still pretty light SQM-L of 16.3 to 18.0) I pointed my scope to Pickering’s Triangle in the Veil Nebula mainly to see where it was in the sky and to make sure I was going to be able to it image at some point in the future as I have some large trees near by. I took a 5min Ha exposure at bin 2x2 and what I saw really surprised me, especially as I generally only image near the zenith and this was quite low. I took more 5 min subs until it went dark then, moved on to my original target!

I did the same the following week on two nights, again while it was either dusk or dawn and obtained a total of 16 x 5min Ha subs and 15 x 5min OIII subs, both filters are 3nm Astrodon.

The result is the above bi-colour image 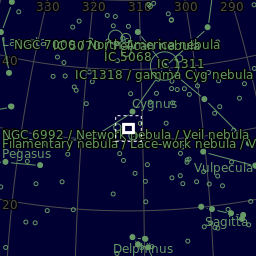