A view of this cluster like you have never seen before. This is a basic RGB image taken in about an hour. Then another 12 hours of Ha data taken as 24 x 1800s subs bin 1x1. The Ha is then added as a tonemap, (i.e. stars removed)

This Ha nebula is Very faint and still needs lots of processing to bring it out.

This is second such open cluster I have finished that shows faint Ha in the frame, the first one being M39.

Version C has better contrast and more saturation. After uploading the previous version, I was aware that it looked rather flat compared to the version on my PC 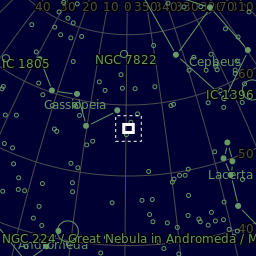