On Dec 24th I got a special Xmas present, the sky went clear and I was able to try my new Eos77d. The cam has very little noise, bias approximately match the darks (but without hotpixels), and noise generally is low. Banding is much less than even with Eos6d. Canon finally has made a modern APS-C with tiny pixels, hooray!

The flats however were overcorrecting the lights, and I had to add an offset of 0.0234 to the BPP master flat to work normally (PixInsight processing). No idea yet what causes this, but the result... is pleasing.

Provided is a crop on the so unequal brothers, but you may like the full field too ;-)

So, with Eos77d always make your flats at least in the same offset (Bias) category!

Description: crop on the brothers 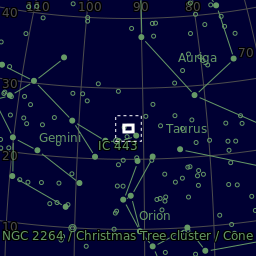