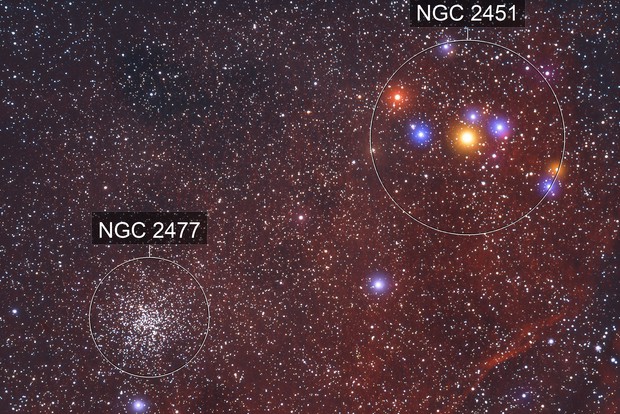 Here is a beautiful pair of star clusters visible especially from the southern hemisphere.

It is located in a rich area of the Milky Way with a few gas clouds that the Ha filter I used could bring out. Processing in RHaGB...

Indeed, considered for a long time as a single cluster, NGC 2451 has finally been listed in A and B because of its dual nature. The hypothesis of two clusters located in the same line of sight, one at 600 and the other at 1200 light-years of our system, was issued very recently, in 1994. After X-ray observations and photometric, among others, its double nature was confirmed.

NGC 2477 is still special. Its stars are clustered so compact that one could think of dealing with a globular cluster, but without the central density.

Some observers rank it in the top ten of the most beautiful open clusters. 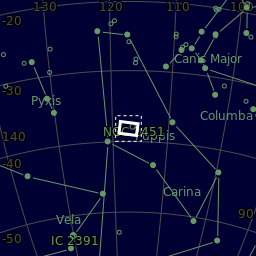