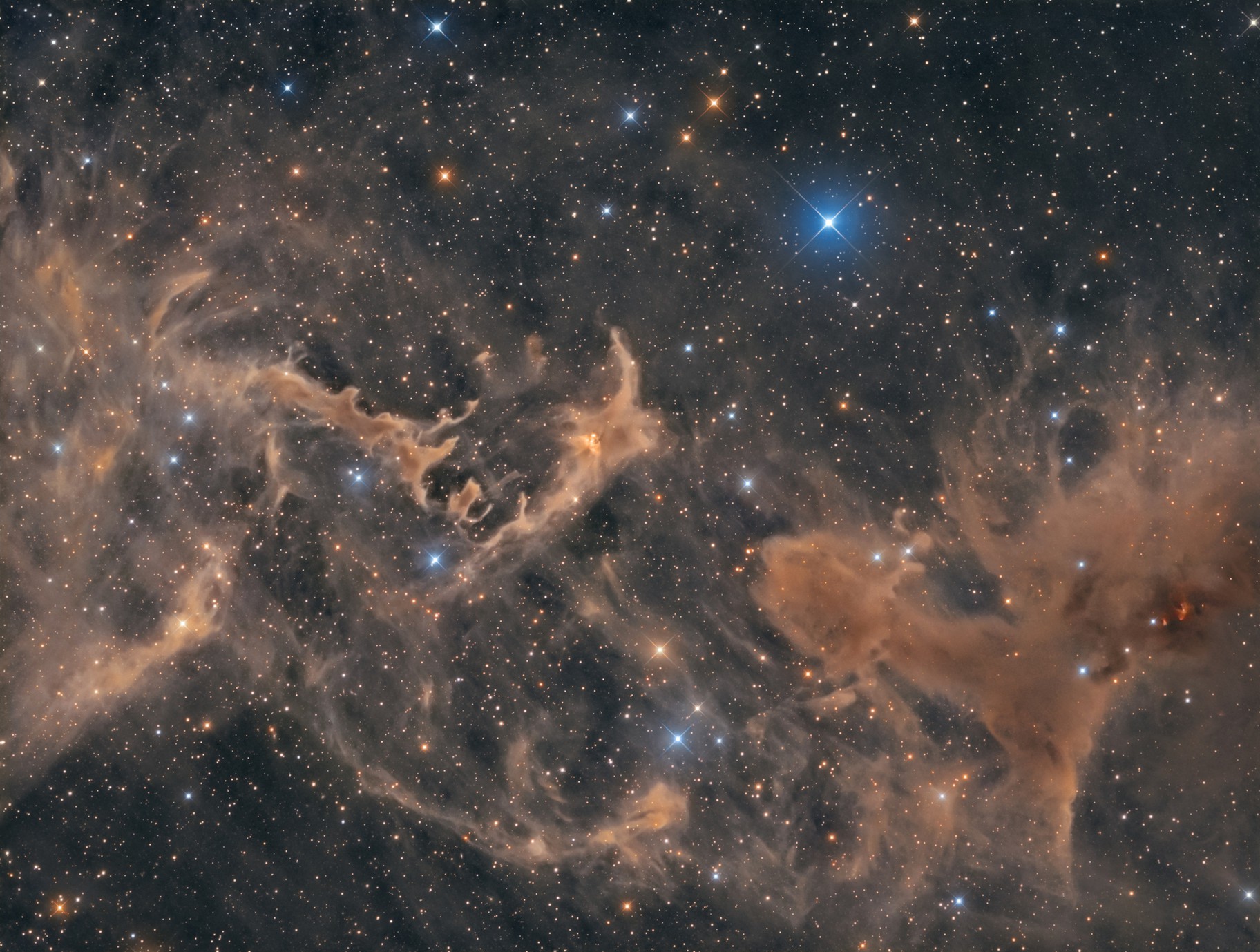 The photo is a cooperation project of Jens Zippel from Bremen and myself.

LBN 552 and LDN 1228
Molecular cloud complex in the constellation Cepheus
32.5 hours total exposure
(13.6 hours luminance/IR + 18,5h RGB)
The fine nebulous structures of LBN 552 (the lighter, fuzzy area) and LDN 1228 (the fungus-like structure) in Cepheus are only slightly more than 11 degrees away from Polaris. The images show only part of the molecular clouds of LBN 552 and LDN 1228, which in turn belong to an even larger cloud system that extends far beyond the constellation of Cepheus. The molecular cloud of LBN 552 is considered the weakest in the "Lynds Bright Nebula" catalogue and is therefore a real challenge for the ambitious astrophotographer.

1
Carbon star IRAS 21064+7749
Carbon stars are late giant stars, similar to red giants or occasionally red dwarfs. From their spectra, the "sooty" outer shell of the stars absorbs the blue and yellow light components. For the observer, this leads to its marked red appearance.

2
Very dense area in LBN 552, at the same time a strong infrared source, which indicates star formation inside.

4
Young stellar object (YSO)
YSO are stars shortly after a protostar has started its nuclear fusion.

6
Herbig-Haro Objects
Stars emitting a huge jet, similar to Hubble's Variable Nebula (NGC 2261). They occur when gas emitted by the star meets clouds of dust. They are often observed around a single star, where they are aligned along its axis of rotation. Herbig-Haro objects have a very short life span of at best a few thousand years. 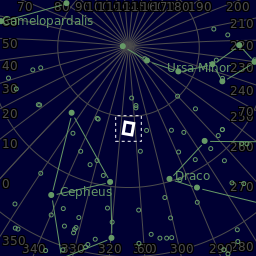