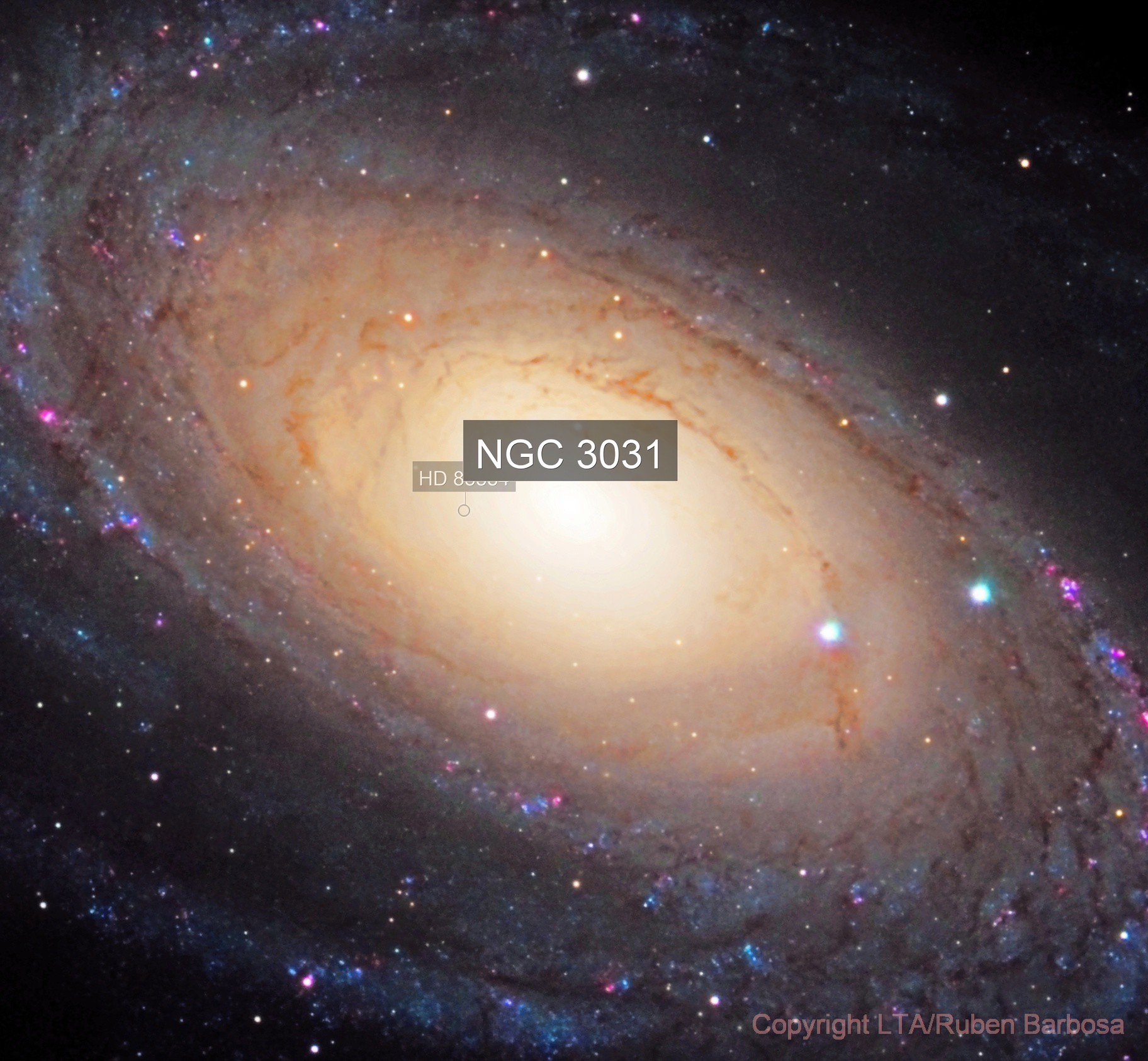 The Bode's Galaxy (also known as NGC 3031 or Messier 81) was named after its discoverer and is a magnificent spiral located about 12 million light-years away in the direction of the constellation Ursa Major. It has a size similar to that of the Milky Way and is one of the easiest to observe due to its apparent magnitude of 6,8.

The M81 is the largest in its group, consisting of 34 galaxies, only about 150,000 light years from its neighbor M82, forming a beautiful pair that attracts astrophotographs.

It is estimated that a few million years ago, the two galaxies interacted gravitationally in a pronounced way, either by collision or approximation, to the point that the Bode galaxy had deformed significantly M82, although it still maintains pronounced features in the spiral pattern that It characterizes it.

The image reveals the bright yellow nucleus, blue spiral arms with pink zones where star formation occurs and traces of dust in the disc that could have been originated by the encounter with the M82.

The orbital velocity of the peripheral stars is smaller than that of the near ones of the nucleus, which contrasts with that observed in most of the galaxies, indicating that the M81 will have little dark matter. 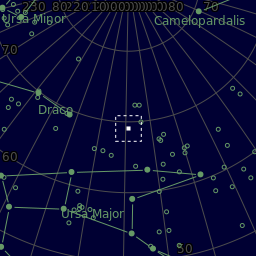