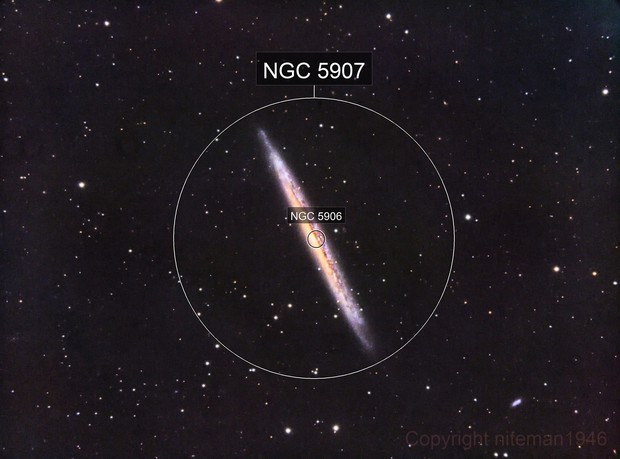 NGC 5907 (also known as Knife Edge Galaxy or Splinter Galaxy) is a spiral galaxy located approximately 50 million light years from Earth. It has an anomalously low metallicity and few detectable giant stars, being apparently composed almost entirely of dwarf stars. It is a member of the NGC 5866 Group.

NGC 5907 has long been considered a prototypical example of a warped spiral in relative isolation. In 2006, an international team of astronomers announced the presence of an extended tidal stream surrounding the galaxy that challenges this picture and suggests the gravitational perturbations induced by the stream progenitor may be the cause for the warp.

The galaxy was discovered in 1788 by William Herschel. Supernova 1940A was in this galaxy. [Source: Wikipedia]

COMMENTS:
The background is somewhat mottled. This is a result of trying to squeeze every bit of signal out of the image. 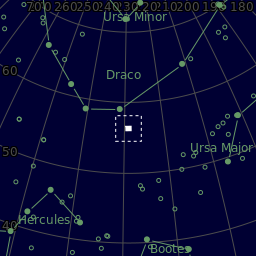