After the lease where my friend had his remote observatory in West Virginia was not renewed, he invited me to participate in a team operating a system at SRO. It was an offer I couldn't refuse! The team consists of three of us right now although I did most of the configuration and acquisition for this, the equipment does not belong to me. Sure is nice having access to it though!

It took a bit of time to get everything operational and during that time we used M101 as our test subject. The LRGB was confined to times when the moon was not up and we gathered the H-a when the moon was visible. Since we spent a lot of time on tracking down a guide camera problem and working on mount modeling and guiding when the moon was up we ended up with 11 hours of H-a, quite a lot compared to the LRGB. But by the end of the testing I was pretty much done with spending time pointing at M101.

Although we had a fair amount of data I wasn't sure a lot of the earlier data would be usable but more than enough was and I decided to declare victory and process the image with what we had. That was probably a bit heavy on h-a, a touch light on Lum and about right on R, G and B. I figured if it looked like it needed help anywhere I would just get more data. As it turned out, I was really pleased with how the initial stacks looked

Although I had only recently completed M101 on my 80mm refractor from home this was like looking at an entirely new target! The detail was incredible. Between having 270mm additional aperture, a much finer image scale and the great seeing at SRO, it was an amazing step up in image quality. I was pretty happy with my earlier image but this made my earlier effort feel indistinct and humble by comparison. It would be easy to get spoiled by using such nice gear.

I haven't spent a lot of time on processing this so may go back and do things more carefully but I was so excited about this result that I wanted to share it. 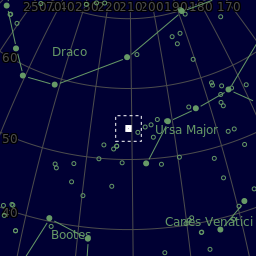