We all know the ring. It's an iconic image that we've all seen pictures of in books and on the net. What I didn't know until I turned the Planewave telescope at SRO on it was that there was this outer ring that was much fainter than the inner ring. When I took the test shot I knew I had to give it a try. On the way I learned three things:

2. Processing to bring out the outer ring and retain detail in the inner ring was hard. Really hard.

3. It may not have been worth getting the SII. It's there but swamped by Ha and OIII.

I lost count of the number of times I backed up and started from some point where I decided I had made a bad decision, only to back up again. And, again. And...well you get the idea.

This is the path I finally went down:

Masked Stretch to bring out the outer ring

Histogram stretch to bring out the inner ring

pixel math to combine with SHO_B

convolution to blur the mask

stretch until the stars were at an aesthetically pleasing level

I'm hit and miss with starnet. Sometimes it does a good job and sometimes it leaves the nebula full of macro block-like artifacts. It did that on the mask but convolution blurred them out which was fine. On earlier processing paths I tried starnet only to get an unusable result. I wish I could predict whether it was going to do the right thing. Thankfully it did on the version stretched for the outer ring because that stretch quite bloated the stars.

This is a link to a video I did about the process of working on this image:

Description: This was the HSO version mentioned in the video that was the first attempt.

Description: This was the second version mentioned in the video. It moved to the SHO palette and was more successful than the first but still not quite what I wanted.

Description: This is the HOO version shown in the video. This is just a remapping of the final SHO version created by moving H to red, discarding S and moving O to G and B. 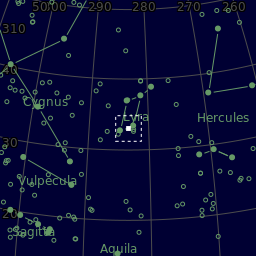