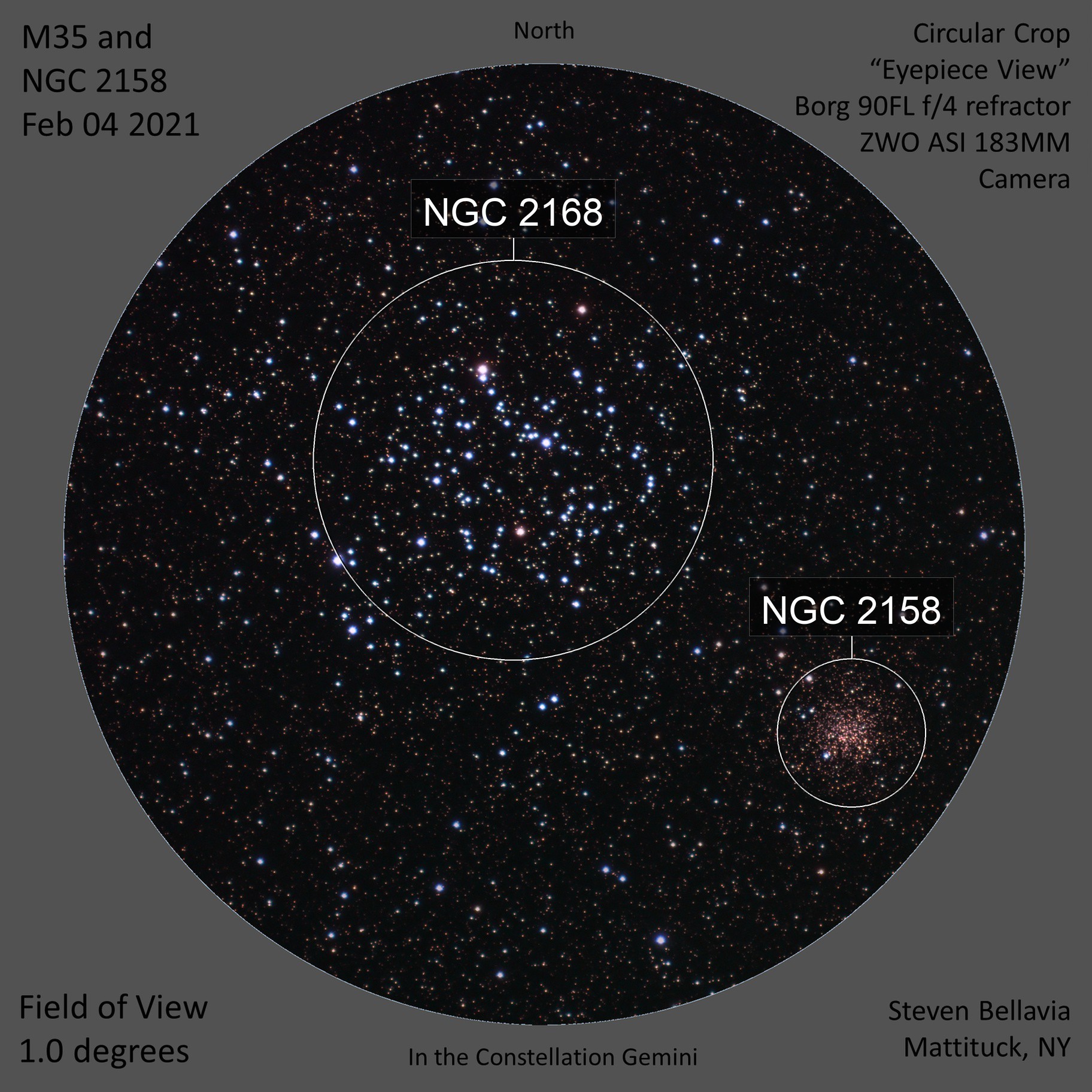 Messier 35 (M35) is a large open star cluster located in the northern constellation Gemini. The cluster consists of several hundred stars, of which 120 are brighter than magnitude 13. The central region has a density of 6.21 stars per cubic parsec.

M35 has the Trumpler classification III 3 r, which means that it is detached from the surrounding star field with no noticeable concentration (III), that it contains both bright and faint stars (3) and that it is richly populated (r) with more than 100 stars.

The cluster has an apparent magnitude of 5.3 and lies at an approximate distance of 2,800 light years from Earth. It has the designation NGC 2168 in the New General Catalogue.

Messier 35 is the only Messier object in Gemini. The best time of year to observe it from northern latitudes is in the winter months, when the constellation is high overhead. M35 lies near the border with Taurus.

NGC 2158 is an open cluster in the constellation of Gemini. It is, in angle, immediately southwest of open cluster Messier 35, and is believed to be about 2 billion years old. The two clusters are unrelated, as NGC2158 is over 8,000 light years further away, at 11,000 light years distance.

Once thought to be a globular cluster, it is now known to be an intermediate-age, metal-poor open cluster that is a member of the old thin disk population. 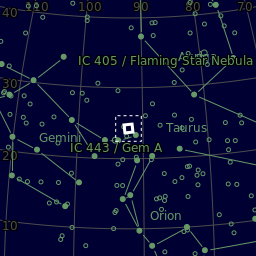