Here we have a group of four galaxies located in Virgo and, I guess one could say, anchored by NGC5317. NGC 5317 is a beautiful nearly face-on spiral located approximately 54 million light years away. This galaxy is also cataloged as NGC5364. It was originally discovered by William Herschel and assigned NGC5364 and later, rediscovered by John Herschel and assigned NGC5317. It is calculated to be between 105 and 110 thousand light years in diameter. It appears as though it is interacting with the dwarf galaxy, NGC5360

This galaxy is part of a non-interacting pair with NGC5363, a lenticular galaxy of about 100,000 ly in size. I find this galaxy of particular interest because generally, there is not much detail visible in this type of galaxy. There seems to be a dust lane along the major axis of the galaxy and, as I read, a H3 region forming a ring around the central part of the galaxy.

To round it out, we have NGC 5356, a nearly edge on spiral with what appears to be a somewhat flocculent aspect to the disk. There are also a number of PGC galaxies in the field much further away.

The foregoing information from Wikipedia and cseligman.com, a very informative site for a great many objects.

This was an interesting project to do and I did have some difficulty with the stars, which I later learned was because of a tilt/spacing problem I had in my imaging train. I tried to incorporate the Ha regions in a judicious way and was pleased to see that some of this did appear in the central portion of NGC5363.

So all in all, a decent image if you don't look too closely, lol... I hope you like it! 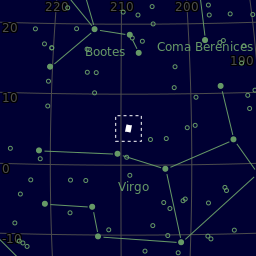