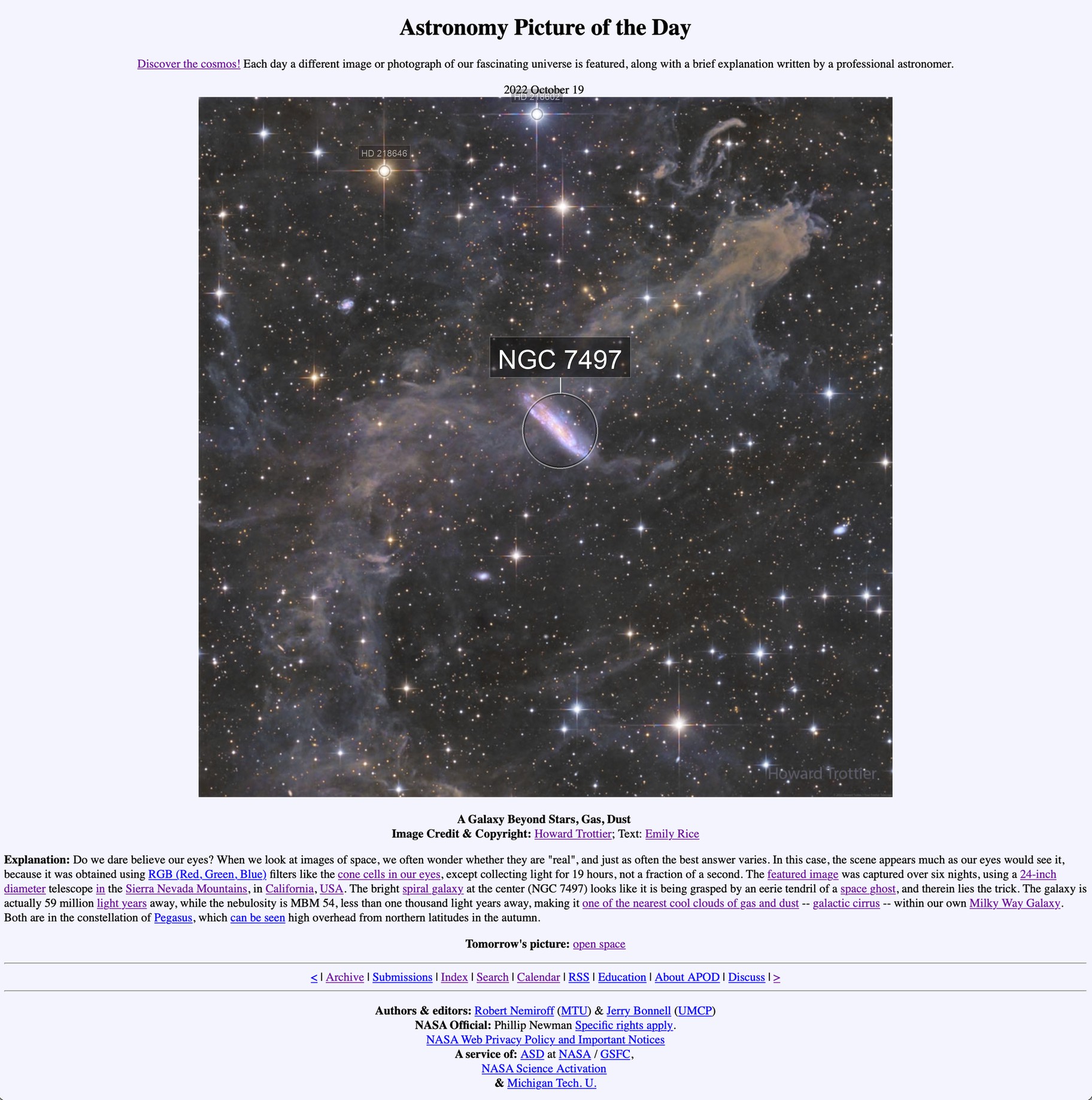 Got APOD-lucky with this image and, strangely enough, this makes two years in a row with such Hallowe'en themed good tidings! Please click on the original image on the right to see the full resolution version.

This remarkable field of view is filled with galactic cirrus clouds that create a powerful illusion of swirling around and interacting with NGC 7497, a spiral galaxy seen almost edge-on. Thinking ahead to Hallowe’en, I tried to frame the shot to suggest a ghostly apparition roiling the hapless galaxy and dragging it across the field, perhaps to meet its fate off screen.

The cloud complex in this frame lies well below the midplane of the Milky Way, and is one of more than fifty high-latitude clouds first catalogued by Magnani, Blitz, and Mundy in 1985. Known as MBM 54, the distance to the cloud has been estimated to be between about 500 and 850 light-years, based in part on the degree to which interstellar absorption lines are overlaid on the spectra of several field stars with known distances in that direction. NGC 7497 of course lies far beyond the cloud, at about 60 million-light years in the distance, despite the convincing illusion generated by it coincidentally being in the same direction, and having a comparable surface brightness, as the galactic cirrus.

This image is from just under 19 hours of integration, divided roughly equally between luminance and RGB colour, acquired over the course of six nights at the end of August. The plate scale is about 0.62"/pixel (after downsampling by 75% from the full resolution), and the field of view is about 31' to a side. 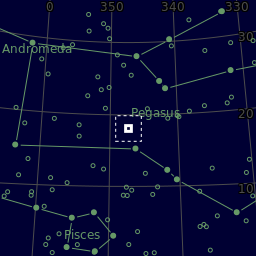