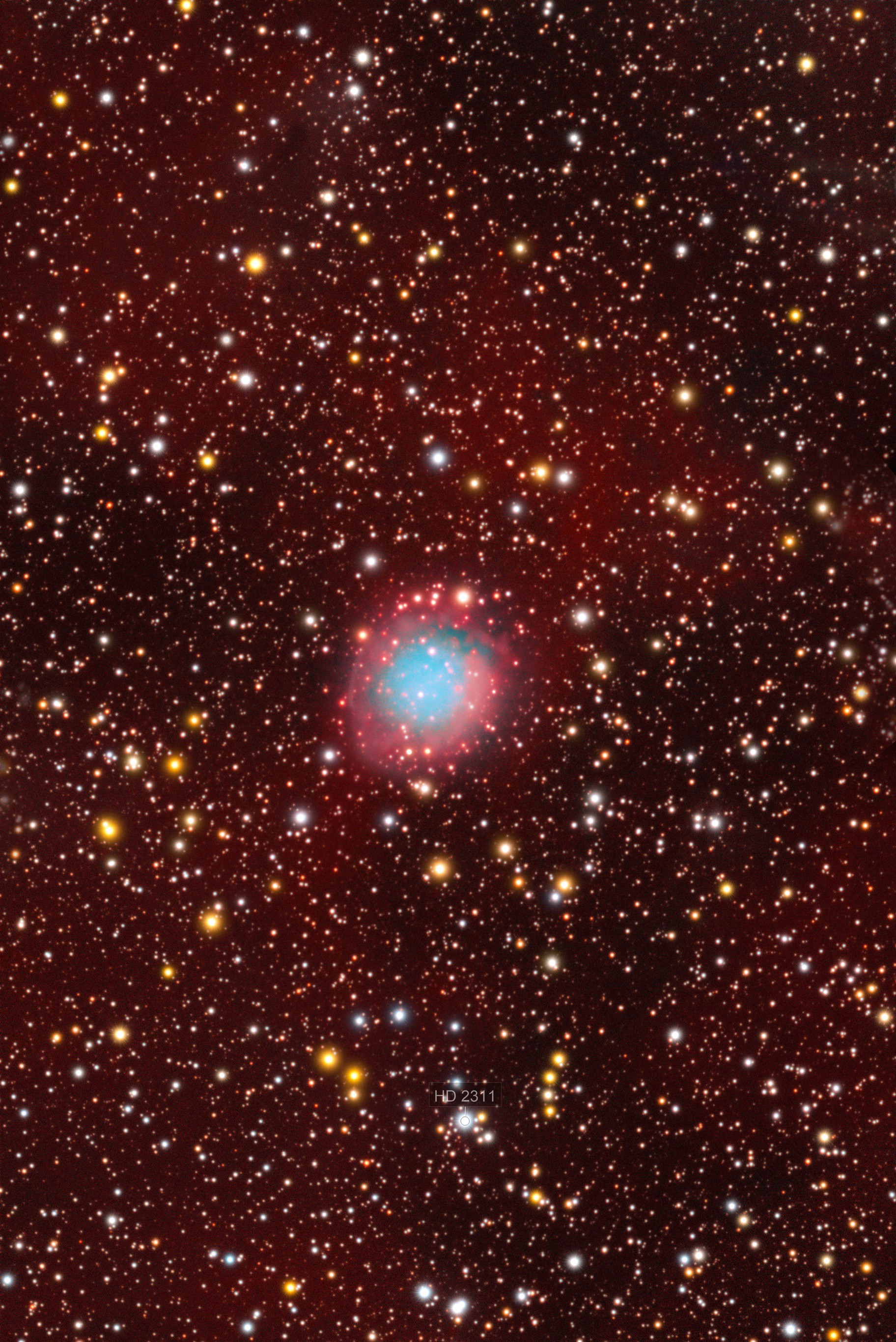 . The Nebula is designated as MoMi-4, which is the fourth discovery of the team MoMi.Our Potential Planetary Nebula candidate was discovered by examining the DSS Blue survey and the Cassiopeia region deeply.MoMi-4 was deeply photographed by our good friend Peter Goodhew from the United Kingdom. This nebula Lies near the phantom of the opera nebula and OU2

Nature of the Object

Currently, we are not clear about the nature of Mohan-Mishra 4 and we leave that part to the Professionals and spectrum that will be obtained. MoMi-4 does not show up in any surveys other than Hydrogen Alpha IPHAS-Dr2 and Dss blue,  Mohan-Mishra 4 does not have a visible CSPN ( Central Star of Planetary Nebula).
The region does have some stars eg:007.32005482049 +62.73190909567 There is a dwarf star at a distance of 1745 Pc, 0.95 solar masses / 0,9 solar radii but its too big maybe and seems like an ordinary star, only a small star in a 2' radius no white dwarf. Mohan-Mishra 4 shows up in both Hydrogen-alpha and OIII when captured through narrowband imagery, The object is quite small 3arc min in size this is why we approached Peter Goodhew in Photographying this region as peter owns a dual 6" refractor which is nearly perfect for imaging such small scale objects 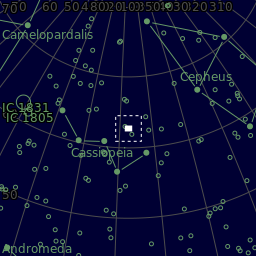