M13 was discovered by Edmond Halley in 1714, and cataloged by Charles Messier on June 1, 1764, into his list of objects not to mistake for comets; Messier's list, including Messier 13, eventually became known as the Messier Catalog.

In this 7 hour full exposure image, I had a lot of problems with the processing. 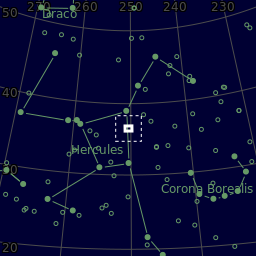