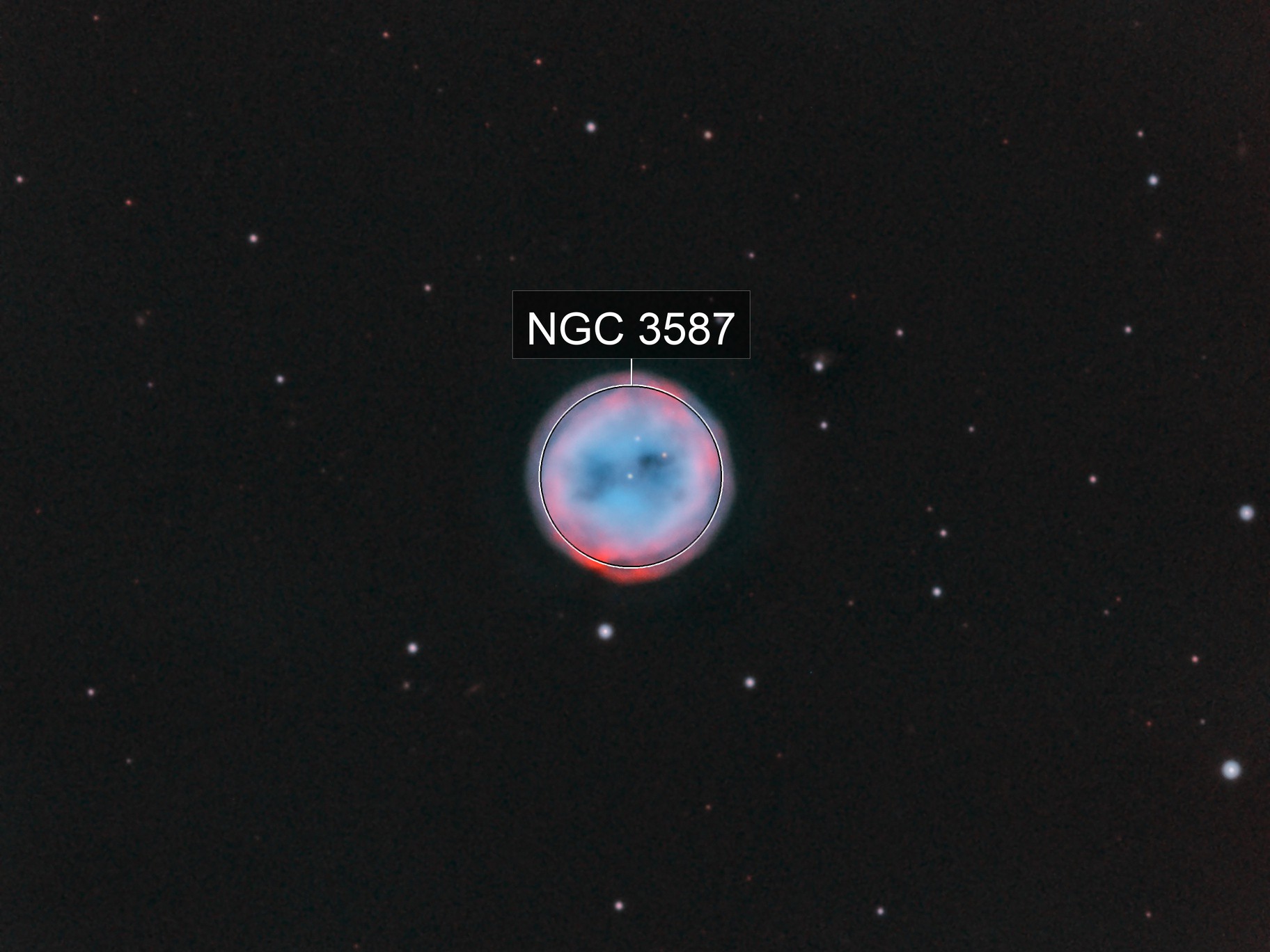 I started the M97 project in Oregon and finished it in New Mexico. Cloudy skies and rain in March delayed image acquisition. M97, the Owl Nebula, is a planetary nebula in the constellation Ursa Major. It is a popular target for astrophotographers and is ideal for my Celestron C9.25” Edge HD SCT. Hydrogen-a (Ha) and Oxygen-III (Oiii) narrowband filters were used. M97 is about 2000 light years from Earth and has a diameter of about 1.8 ly. The estimated age of the Owl Nebula is about 8,000 years. The nebula has some resemblance to an owl’s face. The 14th magnitude central star is white dwarf, the remains of the death of a sun-like star. (NASA and Wikipedia).

For this project, I experimented by setting the camera sensor cooling to -15C. I wanted to determine how much more power would be consumed when operating the rig with 12VDC batteries. I lost about 30 minutes of battery time. Camera noise was reduced relative to the -10C temperature I had been using. This was the first time in a long time where I removed the 0.7x focal reducer and ran the system at a 2350mm focal length and at f/10. Plate solving required longer exposures and Sequence Generator Pro auto focus struggled with the few stars in the sensor’s field of view. Guiding was worse due to the focal length increase. I am also comfortable with taking 10 minute subframes with narrowband filters, since not many stars are clipped. In the future, I will capture Red, Green and Blue filter data to correct the star colors. 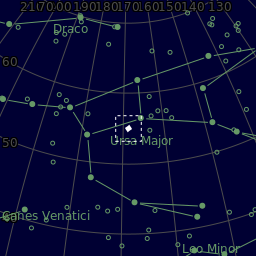