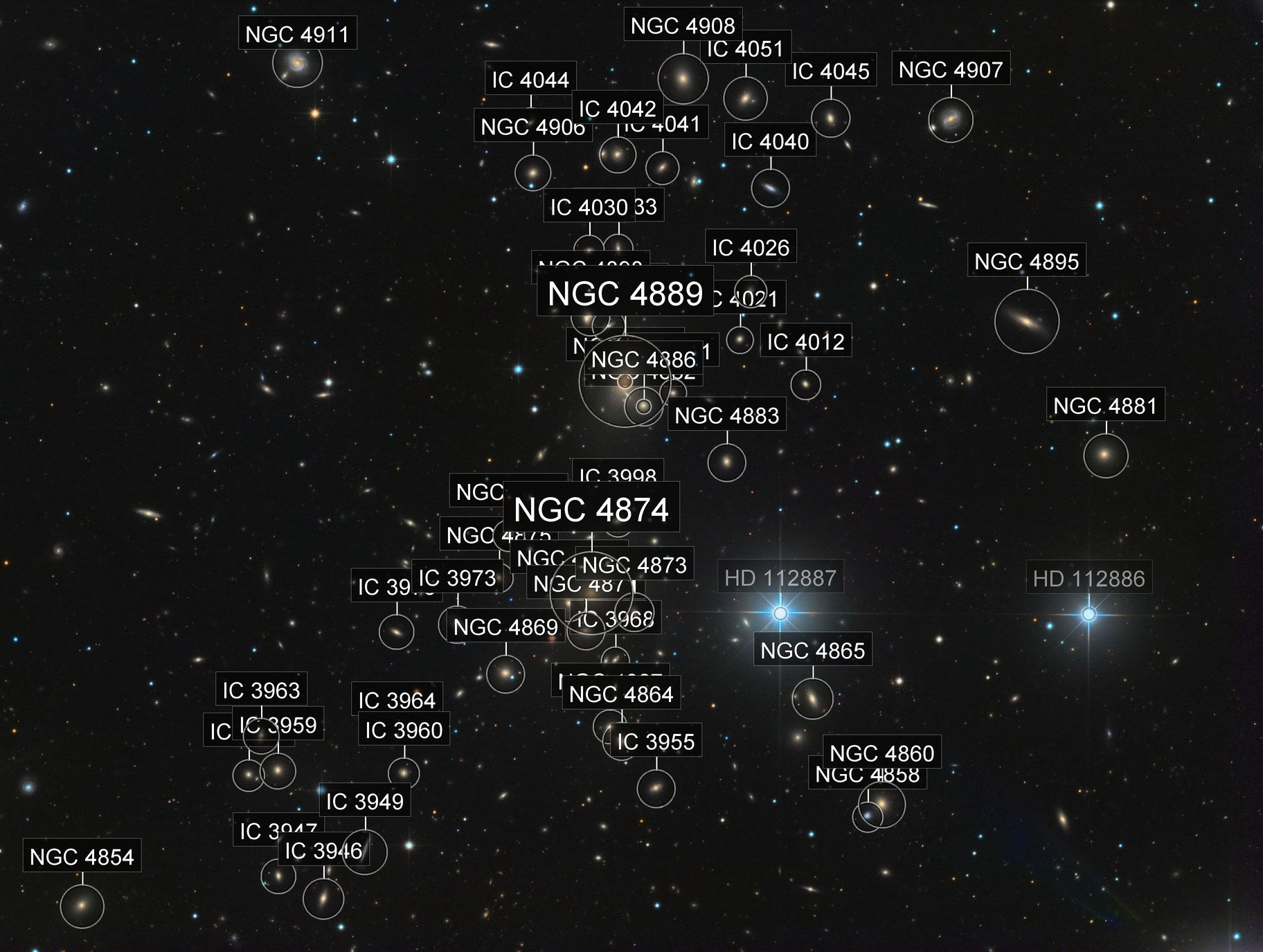 The Coma Cluster (Abell 1656) is a large cluster of galaxies that contains over 1,000 identified galaxies. Along with the Leo Cluster (Abell 1367), it is one of the two major clusters comprising the Coma Supercluster. It is located in and takes its name from the constellation Coma Berenices.

The cluster's mean distance from Earth is 99 Mpc (321 million light years). Its ten brightest spiral galaxies have apparent magnitudes of 12–14 that are observable with amateur telescopes larger than 20 cm. The central region is dominated by two supergiant elliptical galaxies: NGC 4874 and NGC 4889. The cluster is within a few degrees of the north galactic pole on the sky. Most of the galaxies that inhabit the central portion of the Coma Cluster are ellipticals. Both dwarf and giant ellipticals are found in abundance in the Coma Cluster.

As is usual for clusters of this richness, the galaxies are overwhelmingly elliptical and S0 galaxies, with only a few spirals of younger age, and many of them probably near the outskirts of the cluster.

The full extent of the cluster was not understood until it was more thoroughly studied in the 1950s by astronomers at Mount Palomar Observatory, although many of the individual galaxies in the cluster had been identified previously.

The Coma Cluster is one of the first places where observed gravitational anomalies were considered to be indicative of unobserved mass. In 1933 Fritz Zwicky showed that the galaxies of the Coma Cluster were moving too fast for the cluster to be bound together by the visible matter of its galaxies. Though the idea of dark matter would not be accepted for another fifty years, Zwicky wrote that the galaxies must be held together by "...some dunkle Materie."

About 90% of the mass of the Coma cluster is believed to be in the form of dark matter. The distribution of dark matter throughout the cluster, however, is poorly constrained. 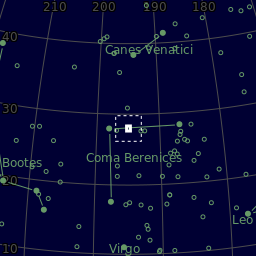