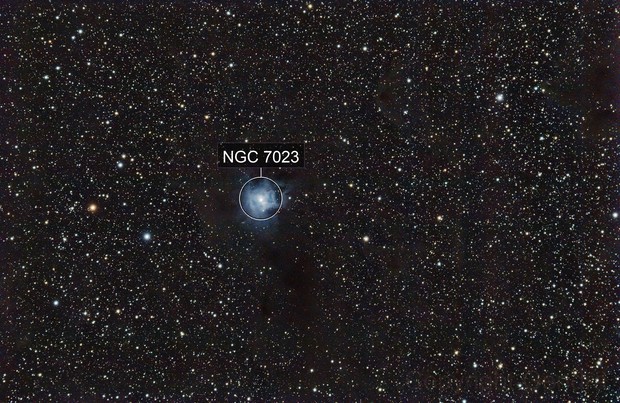 The iris nebula and the surrounding dark clouds.

The image was taken under a bortle 4-5 sky. During my visual observation of NGC 7023 with my 8"-scope I was able to see the central star embedded in an area that had noticeable fewer stars then the rest of the surrounding. I could also glimpse some very subtle glow close to the star.

This is definitely one of my favorite images due to a few reasons:

1. It showed me, that you usually get the best results when you expect the least.
Since it gets warmer during the nights, I planned to do mainly visual observations with my 8”-scope on my HEQ-5. As the star adventurer is my only other mount, I had to use it for my photography that night. Moreover, because the Milky Way is only little above the horizon, there were no nice objects for my 200mm lens. So I decided to put my small APO on top of the little mount and even for those 423mm focal length there were very few objects in sight that weren’t too small, one of them being the iris nebula. So I chose that one without having too much hope, it would come out nice.

2. It also showed me quite brutally, that more integration time is a vast improvement in both image quality as well as easiness during post-processing.
Since my visual observations were quite successful that night (a lot of Messier and NGC clusters, a lot of nice galaxies and a few visible nebulas like M16, M17, M57) and I went out early so I could set up my setup while it was still bright, the time was really flying by. In the end I managed to get a whopping 4 hours of integration time, which is a noticeable step-up from all of my previous images.

3. Even thought my 72mm-APO (~2,2kg) is pushing the tiny star adventurer to its limits, in combination with a light weighted camera, a small guide scope and the M-GEN autoguider the mount did an amazing job. At the end, I only had to delete 4 (!) out of 192 images, even though it was windy from time to time that night. 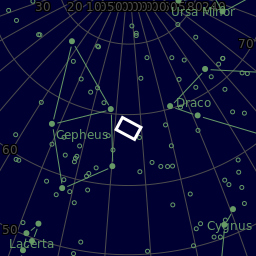