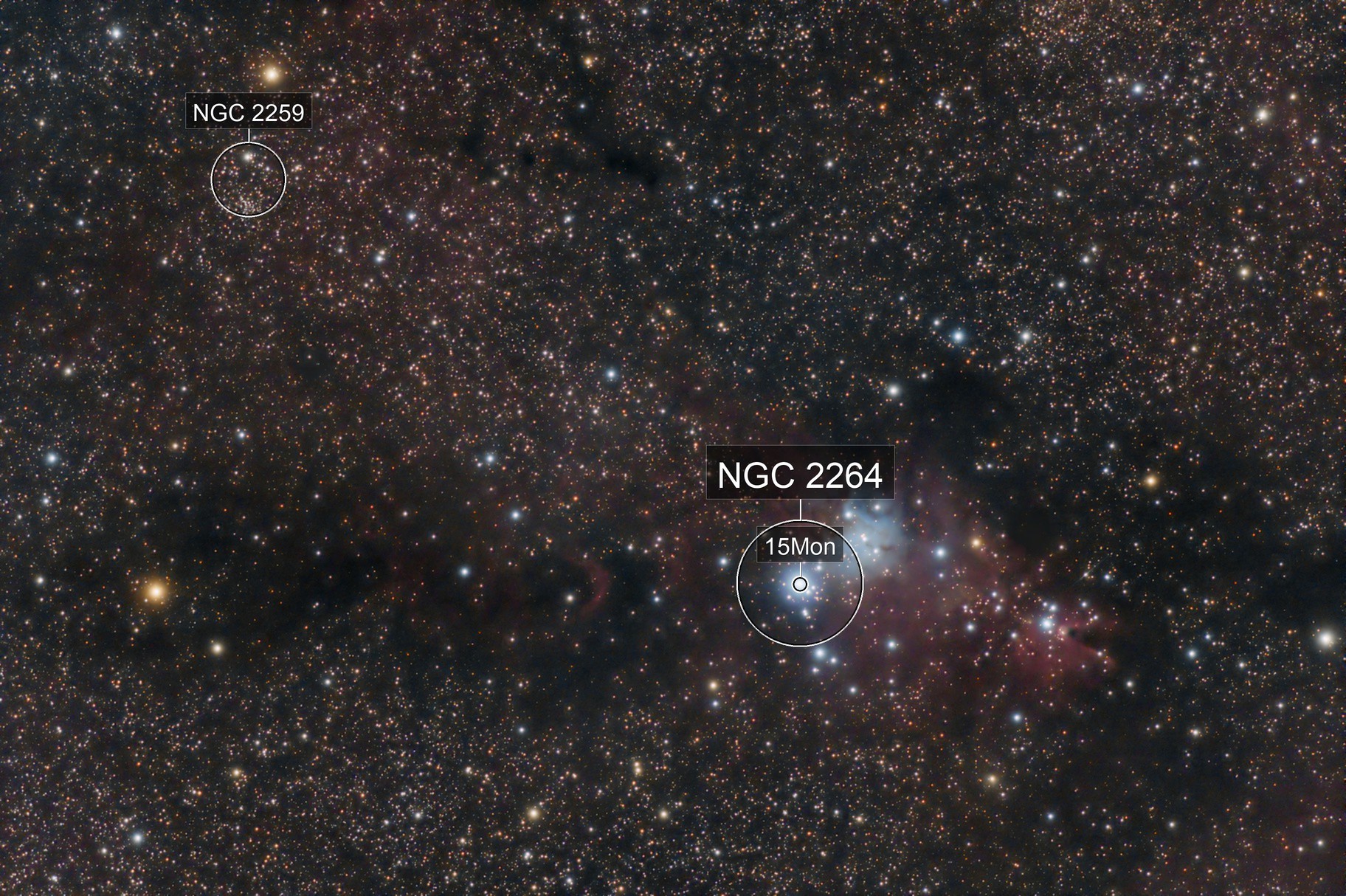 This wide field image of the NGC 2264 complex is comprised of two objects, a reddish HII emission region referred to as the Cone Nebula, and a group of young stars named the Christmas Tree Cluster. Located in Monoceros, NGC 2264 lies at a distance of 2600 light years, and thus is in the foreground of the Rosette nebula further to the south. The region spans an actual distance of about 30 light years.

The open cluster is embedded in a triangular region of emission nebulosity which forms the triangular outline of the "tree". It points southward, toward lower right, and at its tip is the famous Cone Nebula, which results from a cone-shaped cloud of dust which blocks the light from a more distant HII emission nebula. Similar to the "Pillars of Creation" in M 16, the Cone Nebula contains a Herbig-Haro object at its tip which is the locus of active star formation.

The emission nebulae are flanked on both sides by other lanes of dark cosmic dust. Normally obscuring, where the dust clouds pass close to the bright, young stars of the cluster, they reflect the intense starlight which is visible as the bluish-white reflection nebula at the base of the tree.

The small open cluster at upper left is NGC 2259, also designated Collinder 108, a Trumpler Type II 2 p n patch of about couple of dozen stars, the brightest of which is m. 14. Discovered by William Herschel in 1787, NGC 2259 has an apparent diameter of 4.5' and at an estimated distance of 10,800 light years, yields a diameter for the cluster of about 11 light years.

I took these frames with the intent of exploring whether the region would be worth spending some time imaging. Once processed, to my great surprise, they yielded a reasonable respectable result. Sometimes, it pays to experiment, and I look forward to more integration time on this object in the future. I hope you enjoy it. 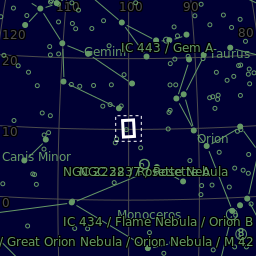