This rarely imaged object is a collisional ring galaxy system located 600 million light years away in the constellation of Lynx at a declination of +37 degrees. This object spans about 0.5 arc-minutes in our apparent view, which corresponds to an actual diameter of 100,000 light years. Much of the information below is taken from the 1976 Lynds and Toomre paper, "On the Interpretation of Ring Galaxies - The Binary Ring System II Hz 4".

The bright foreground star in the center of this image is a double star, TYC 2491-465-1/2. I did not fix the bright star artifact (from using the ZWO 1600MM camera) as I usually do, since it was so close to the object that fixing the artifact would have compromised that part of the object image. Another foreground star - a small bright orange star - is superimposed over the object and should be ignored.

Galaxy ring systems are fairly common and can stem from different causes. Collisional ring systems, from a head-on collision between two galaxies, are extremely rare, consisting of 0.01% of all galaxies.

Our apparent view of the primary ring is likely at a slight angle, which causes the ring to look like a slight oval instead of a circle. Several bright blue star clusters are seen towards the bottom of the ring. Star formation such as this is often initiated by a gravitational galaxy encounter. Aside from the primary ring, several more subtle features are fascinating:

- The bright object inside of the ring is not a star but a remnant of the galaxy collision. Close inspection reveals that this remnant is connected to the ring via star streams and is likely the original core of the larger galaxy which generated the primary ring.

- Immediately above the primary ring is a very faint, almost identical secondary ring. This ring is easier to see on the inverted Astrobin view. The small object slightly above and left of the primary ring lies within (just barely) the faint secondary ring and is also likely a remnant of the collision. It is likely the original core of the smaller galaxy which generated the secondary ring.

Simulations show that this result of two rings and two off-center core remnants is consistent with two spiral galaxies (of mass M and M/2) which collide head-on. "Head-on" means that both disk planes are parallel and that the collision path is perpendicular to these disk planes. It is amazing to me that simulations confirm that the result of such a collision would be two rings and two off-center core remnants. Here is how it is described in the paper - "After a companion galaxy has fallen right through a given disk galaxy more or less along the axis, a transient but remarkably severe and ringlike density wave develops as that target disk rebounds from the short-lived extra pull toward its center".

This is the first image of this object on Astrobin. 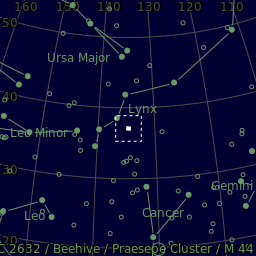