This is Sh2 224. It does not have a common name, but I think it looks like a chef in a hat, so I call it Chef in Hat nebula. This was a very challenging target because there was so little signal. The 5 minute subs in Oii looked like no signal at all, and the signal in Ha from the target was about the same as the signal that I subtracted from my flats.

----- Notes about the Target -----
Here are some notes that I found from Waid Observatory (link):

Supernova explosions are the end stage of the natural life cycle of very large stars. Such events are responsible for the distribution of heavy elements into the interstellar medium where they are incorporated in the birth of new star systems. Without this phenomenon, planets, such as the Earth along with life as we know it, would not be possible.

-----Imaging Details-----
This was shot from my Bortle 8/9 backyard in Pasadena, CA. This was captured over the course of 2 weeks (there were other targets interspersed so I only had a few hours a night on it).

*note about gain: I was experimenting with different gain settings and since this was a several day target I decided to keep them all. I integrated the subs by gain and then combined those integrated masters to the final master, weighting them by # exposures.

----- Things I learned -----
I started looking into doing a better job with background extraction (DBE/ABE) and tried some techniques with selecting background samples, etc. It seemed like my RGB backgrounds were easier to extract than the long exposure Ha and Oiii. So I used the ABE extracted R background from my RGB set and used it to extract the background on my Ha (and B for Oiii) and it worked pretty well. I just used PixelMath and did something like Ha - (0.48 * R_BACKGROUND). Since the background was not normalised to the Ha, I noodled around with the factor and ended up with 0.48, but that was just poking around at different values and seeing what it looked like.

I also tried a few different integration / weighting strategies and found that it was actually a very tiny bit better to include some poor FWHM measured images for the NB integrations than to exclude them. I guess b/c there is some signal there and since I am doing starnet on it anyway, the star bloatedness is less relevant. 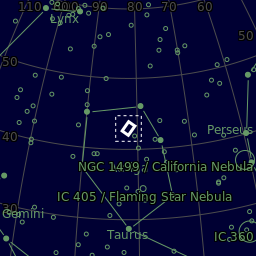