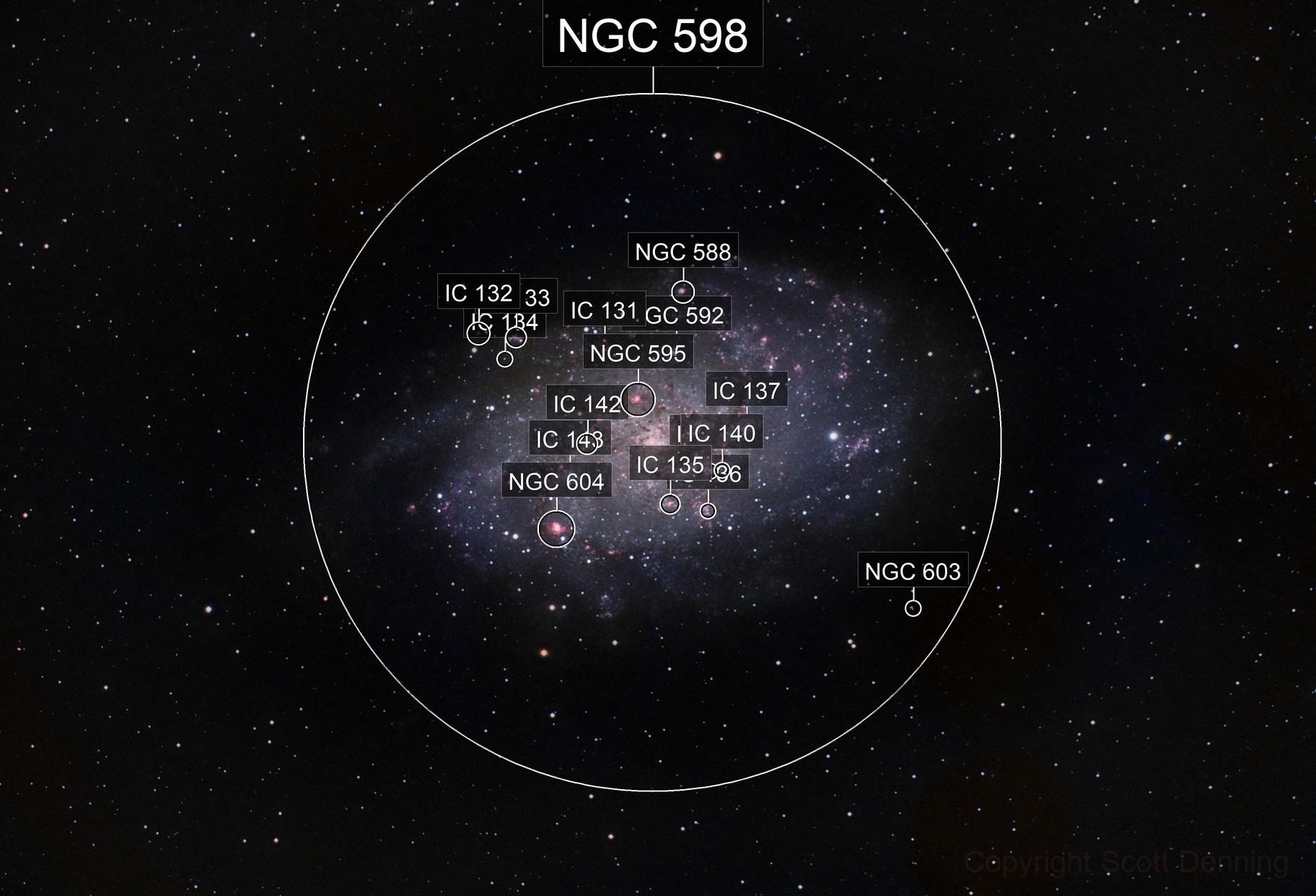 The Pinwheel Galaxy (M33) is a loose spiral that is the third major member of our Local Group of galaxies (along with the Milky Way and the Andromeda Galaxy). It's about 2.7 million light years distant so we see it just before the dawn on the genus Homo here on Earth. The galaxy is about a degree across on the sky, around twice the size of the full moon.

This is 374x2 minutes = 12 hours of exposure with a one-shot color camera near the zenith over 5 recent moonless evenings at a focal length of 488 mm. I've also added another 6 hours of exposure (25 x 10min) taken through a deep red H-alpha filter that only shows the light of ionized hydrogen in the nebular star nurseries of the spiral arms.

Spirals like this appear to be "wound up" due to faster rotation near the center, but that's an illusion. Rotational winding would have long since destroyed any spiral structure. Rather, the lovely arms of spiral galaxies are completely independent of the motion of the material itself.

Spiral arms are waves of star creation that sweep through a galaxy, plowing the stuff slightly closer together so that gravity can gather the material into newborn clusters of bright stars. There isn't appreciably more stuff in the arms -- it's just brighter because it's new. Big bright new stars are blue and blow up quickly, before the arms have time to move on. It may even be that shock waves from the exploding supernovae help propagate the wave, and it's certain that they leave a wake of dust behind from which myriad worlds are then sculpted.

Those red knots in the spiral arms are regions of hot hydrogen plasma, buzzing and crackling with electricity as the free protons grab hold of passing electrons and emit that characteristic red nebular color. They don't hold on for long though because the intense UV from the hot blue stars blasts those freshly-caught electrons right off again.

Galaxies are gargantuan, but they are far less lonely than the stars that comprise them. The big galaxies in our Local Group are 20 to 30 times as far apart as they are wide. By comparison the nearest star is 30 million times as far away as the Sun is wide! At large scales, our cosmic neighborhood is just packed with galaxies, yet our solar system alone contains enough empty space to pack the trillion stars of our galaxy into its volume.

The Local Group contains just three big galaxies and a couple of dozen tiny dwarfs. Together, we're a little clot of mass that floats on the edge of the gravity well of the Virgo Supercluster. Galaxy groups, clusters, and superclusters manifest cosmic structure that formed fairly recently in the "bottom-up" organization of stuff from small to large.

I am aging and the world is old beyond human imagination, yet the cosmic dance is only beginning.

Unguided over many nights

Captured with KStars/Ekos under ubuntu 20.04 LTS

Processed in PixInsight on a Mac 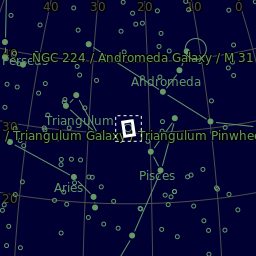