Another object from this nice catalogue of faint nebula.

Long integration of 53 hours using two narrow band filters mainly, searching the limits of the equipment and my own process skills.

It's not a popular target probably because is difficult and usually is not showing so much detail due to the high dynamic range, the core is bright, really bright compare with the faint surroundings.

Sh2-235 is the most central and brightest nebula of an H II region known as G174+2.5; it is observed in the direction of the northern part of the Aur OB1 association and includes the nebulae catalogued as Sh2-231, Sh2-232, Sh2-233 and Sh2-235, identified as individual nebulae in the 1959 census of H II regions. Although in the optical images they appear as distinct nebulae, in reality they all belong to a single giant molecular cloud, of which some parts appear illuminated by young and hot stars. This cloud is located in Perseus' Arm at a galactic latitude that places it slightly off-center with respect to the center of the galactic disk; the distance measurements indicate a range between 1600 and 2000 parsec, so it is normally indicated as about 1800 parsec (5870 light years). 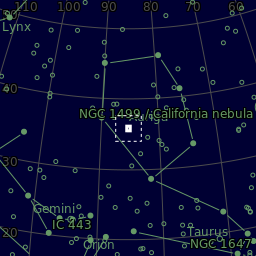