My second deep sky image was of the Pleiades using a Canon 70-200mm F/2.8 zoom at 200mm. You can find it here. It was less than an hour of data taken from a Bortle 7 sky. I was excited about it at the time but even then I knew I could do better eventually. Now is eventually.

This isn't the ultimate in M45 renditions but it's a couple of orders of magnitude better than my first effort and I'm pretty happy about that!

This was taken using some outstanding equipment belonging to a friend with a remote observatory in West Virginia. I started this in January and lost essentially all of February due to bad weather but was able to finish getting some data in March. I was able to get a total of 14 hours almost equally split among red, green and blue.

On the combined master:

I'm not 100% sure I'm done with processing this one but I think this is a good first cut. 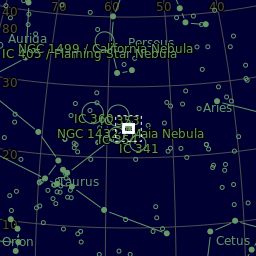