Pictured here is  a truly remarkable galaxy in Hydra, known as NGC 3621. It has a flat disc permeated by dark lanes of material and with prominent spiral arms where young stars are forming in clusters. The central section of NGC 3621 is quite bright and full of detail, however the extended spiral arms are very faint. Unlike most spiral galaxies NGC 3621 does not have a central bulge. In this image, it is clear that there is simply a brightening to the centre, but no actual bulge. NGC 3621 is also interesting as it is believed to have an active supermassive black hole at its centre that is engulfing matter and producing radiation. This is somewhat unusual because most of these so-called active galactic nuclei exist in galaxies with prominent bulges. In this particular case, the supermassive black hole is thought to have a relatively small mass, of around 20 000 times that of the Sun.Another interesting feature is that there are also thought to be two smaller black holes, with masses of a few thousand times that of the Sun, near the nucleus of the galaxy. Therefore, NGC 3621 is an extremely interesting object which, despite not having a central bulge, has a system of three black holes in its central region.
(Information adapted from https://www.eso.org/public/images/potw1148a/ ) 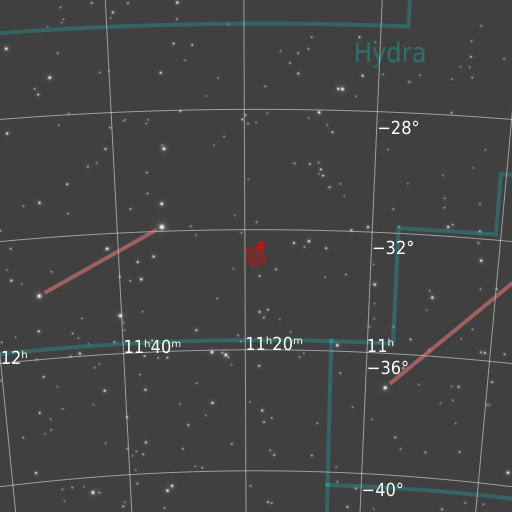