This object is part of a beautiful supernova remnant located 1500 light years away in the constellation of Cygnus at a declination of +31 degrees. Pickering's Triangle is the least known of the 3 main supernova remnants of the massive and beautiful Veil Nebula, also known as the Cygnus Loop. The other 2 remnants are NGC 6960 and NGC 6992/6995. This field of view spans 1 degree, which is almost 30 light years at this distance.

Many people consider Pickering’s Triangle to be NGC 6979, but as shown in the mouseover, NGC 6979 and NGC 6974 are actually towards the bottom of the image. Pickering's Triangle is the top half of the image.

This is one of my favorite objects to image. The image is 2 channel narrowband (H-O-O), with RGB stars substituted. The part I most like about this image is the sharply defined filaments of gas which flow across the colorful star background. I especially like how the strong signals of OIII and HII often converge to create sharp white filaments across the image.

I believe that this is the most spectacular regular sized DSO which does not have a common designation (like M, NGC, IC, or Arp) and is known only by a nickname. So why is it called Pickering's Triangle?

This object was discovered by Williamina Fleming in 1904 while examining photographic plates at Harvard Observatory. She had no formal advanced education and she initially worked as a maid in the home of the observatory director after she and her child were abandoned by her husband. After a short time, the director's wife convinced him that Williamina had the potential for achieving greater things, and he hired her to perform part-time administrative work at the observatory. She eventually went on to accomplish many achievements in astronomy, including the discovery of the Horsehead Nebula and the first white dwarf.

Well, that is great Gary, you say, but again, why is it called Pickering's Triangle?

While some would say that the object should be named Fleming's Triangle, the object is named after her boss, Dr. Edward Charles Pickering, who was the director of the Harvard Observatory. So the next time you admire this beautiful object, keep in mind the amazing woman who is not the namesake of this object but who discovered it and had such an incredible life journey. 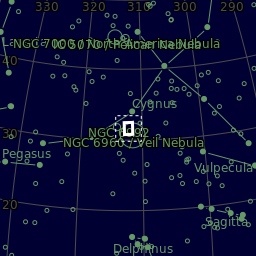