//added RGB stars
This target has been my favorite since a long time even before starting Deep Sky Astrophotography, I attempted it several times during the last 3 years and I am pleased with the current results.

What you are looking at are the remains of a dead star that exploded 40000 years ago. It is shattered around 3.5 degrees across the earthly night sky (7 full-moon units) in the constellation of Auriga. This target was so bright at time of explosion but has expanded much to reach a very low superficial brightness, and is currently barely visible even with the largest telescopes.

It is challenging to image this nebula due to its low brightness, but whenever done, you often notice a wide range of results with various processing techniques by astrophotographers, that's where the beauty of this hobby kicks in.

Finally, processing a hard target can be game changer sometimes, it broadens processing skills and makes you want to go over all your previous targets (bright and dim ones).

Under the hood:
15 hours of data from Bortle 4 skies, split between 6 hours of Ha and 9 hours of O3, in addition to 1 hour of RGB for stars. Imaged with ZWO ASI183, 10 minutes subs, with Samyang 135mm lens and Celestron AVX mount. The very same mount had his own special shower the last weekend.

Data on this target was gathered across 3 nights. And whilst the initial 7 hours of Ha and O3 had a low SNR, adding the extra 8 hours was barely noticeable. 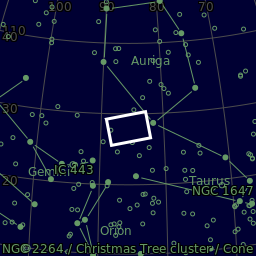