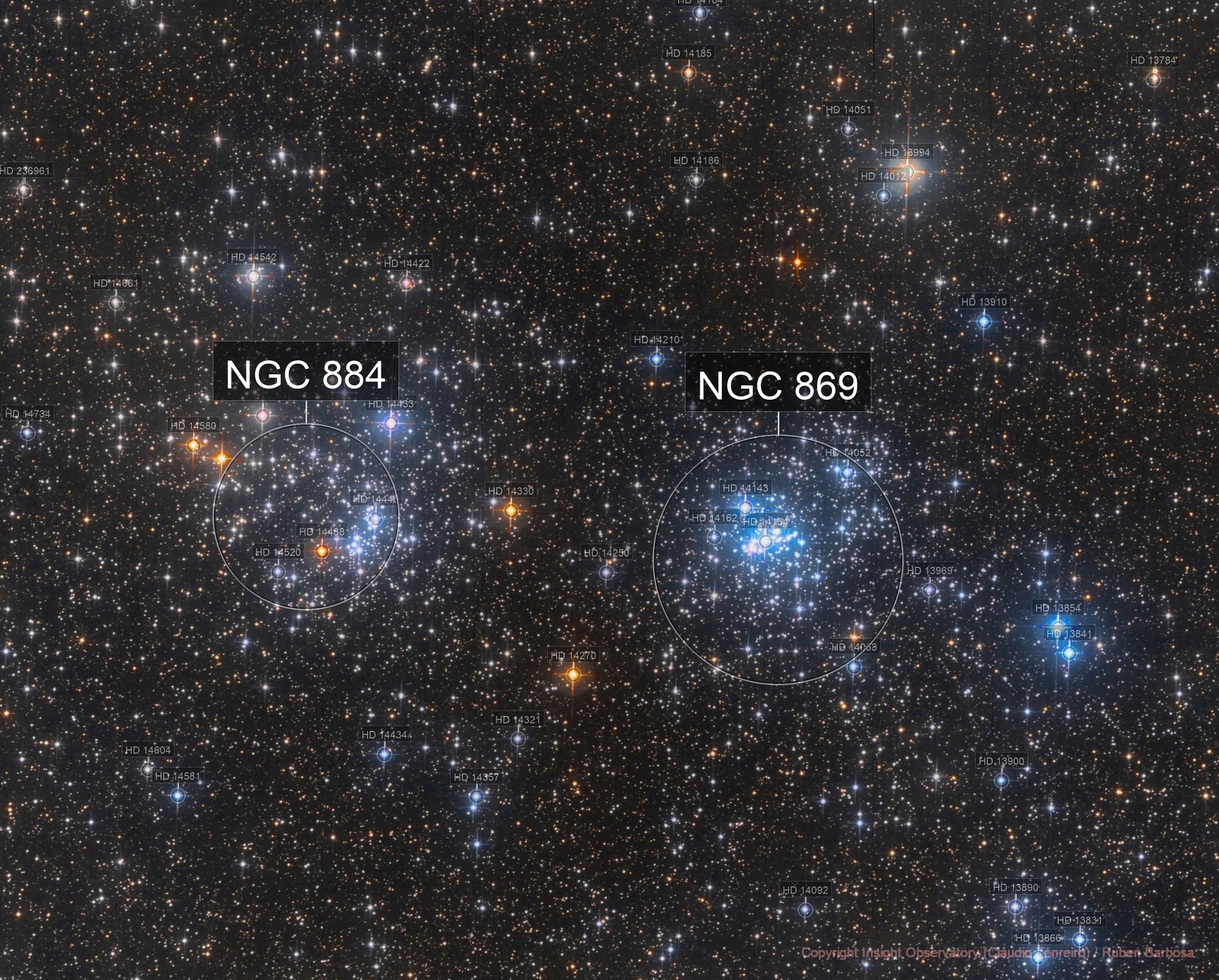 See other data available via subscription on Starbase at Insight Observatory Starbase.

The Double Cluster (also known as Caldwell 14) is the common name for the open clusters NGC 869 and NGC 884 (often designated h Persei and χ Persei, respectively), which are close together in the constellation Perseus. Both visible with the naked eye, NGC 869 and NGC 884 lie at a distance of 7.500 light years. 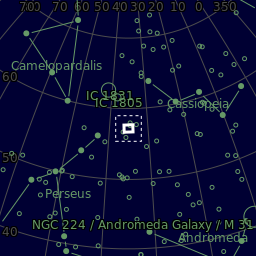