all lie in the S. Hemisphere at about -27 degrees, making them difficult, at best, to image from N. America, but easy for N. Chile, where this image was captured. Both the NGC galaxies lie about 90M lyr from us and only 800,000 lyr from one-another.

NGC 5101 is classified as a “lenticular galaxy,” meaning it has a shape intermediate between a spiral galaxy and an elliptical galaxy: It has a disk shape but does not show distinct spiral arms. Such galaxies are thought by some scientists to be early-form galaxies, but ones that have lost/used up most of their dust and gas so that star formation is minimal. The lost-of-dust hypothesis suggests that they are old, not young. Some scientists have suggested that they evolved from spiral galaxies. So, I suppose their history remains up-in-the-air…or up-in-the-vacuum-of-space.

Let me deviate from popular descriptions of this galaxy and suggest that this image does show spiral arms…blurred, to be sure, but obviously there, nonetheless! I have no idea what implications, if any, this observation has; any ideas to share?

NGC 5978 shows a distorted dust lane, probably the results of interactions with another galaxy or two, or more. That other galaxy could be IC 879. IC879 shows an S-shape distortion, suggesting it interacted with NGC 5979—the two are only 61M lyr apart; that only 10% of the separation between the Milky Way and the Large Magellanic Cloud!

Other Galaxies appear across this image. According to the literature the galaxy group of the three title galaxies has only three more members, as I perceive the discussions, the other three members are not within this image, and, therefore, the numerous annotated galaxies are not members of the club. 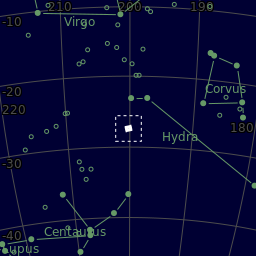