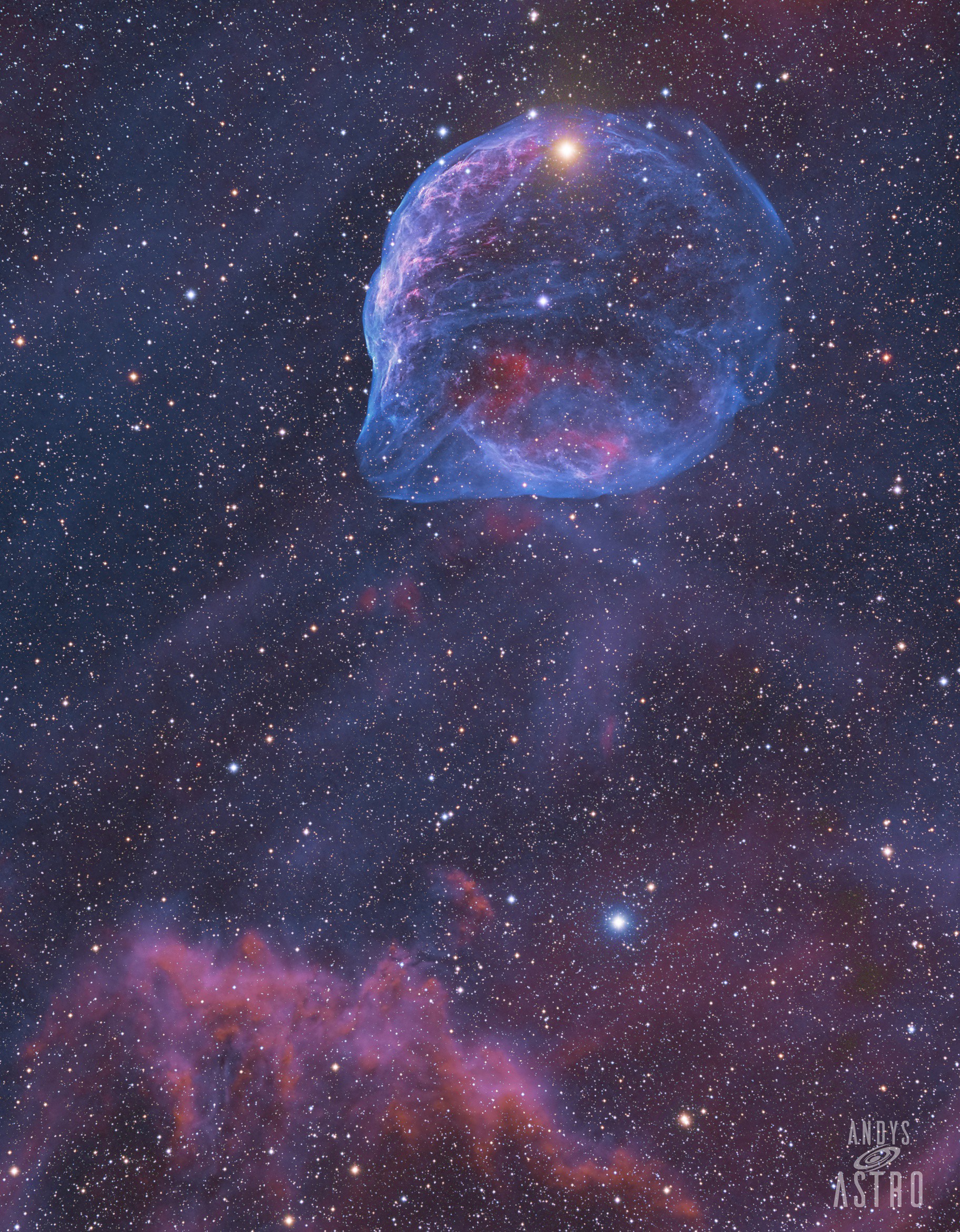 Flight of the Navigator

Flight of the Navigator

Most of the data captured using my gear with Voyager - by my good friend "Blue" (check out his latest images) at his rural darksite.
Some O3 data also captured here under my LP Bortle 7 skies.

This target is 4,500 LY distant and has become much more popular nowadays!

When I first imaged it in 2015 mine was on one of only 10 images published online - now there are hundreds more, which is totally cool

- it's a truly amazing target. I was keen to revisit it with my new gear and show a little more context including it's surrounds instead of just the bubble itself.
The nebula was formed about 70,000 years ago by the star EZ Canis Majoris throwing off its outer hydrogen layers, revealing inner layers of heavier elements.Fast stellar winds, blowing at 1,700 km/s (3.8 million mph) from this star, create the bubble-shaped nebula as they sweep up slower moving material from an earlier phase of the star's evolution. The hydrogen composing the nebula is ionised by intense ultraviolet radiation.The nebula is approximately 60 light-years across at its widest point. 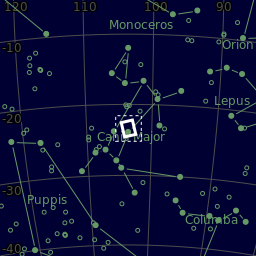