This is a composite of several exposures on the Geminids taken throughout the night. Being close to winter, Fall River State Park is basically abandoned and I saw only one other vehicle in the campground. I parked near a boat ramp and, after taking some foreground images, targeted the rising eastern constellations to capture longer exposures of the background sky at f/5.6. At about 10pm I started taking shorter exposures at f/2.8 in order to capture transient events. Despite my preparations I can say this was not fun. I had several layers on to keep warm, but the steady breeze, freezing temperatures, and the lake effect meant I was left stuffing spare batteries into my gloves, sheltering in the car, and swapping camera batteries every 20-30 minutes since the cold conditions kept reducing their charge.

Photoshop Combination:
- Masked in each transient to the background image
- Levels, Saturation edits

Annotation image:
- Addition of constellation lines in Photoshop since Pix was unable to solve
- Blending in of Foreground images taken in dusk twilight + one single tracked image of the background for reference (moved slightly South/right but hey, its a comp) 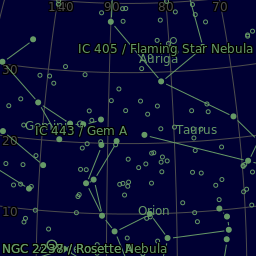