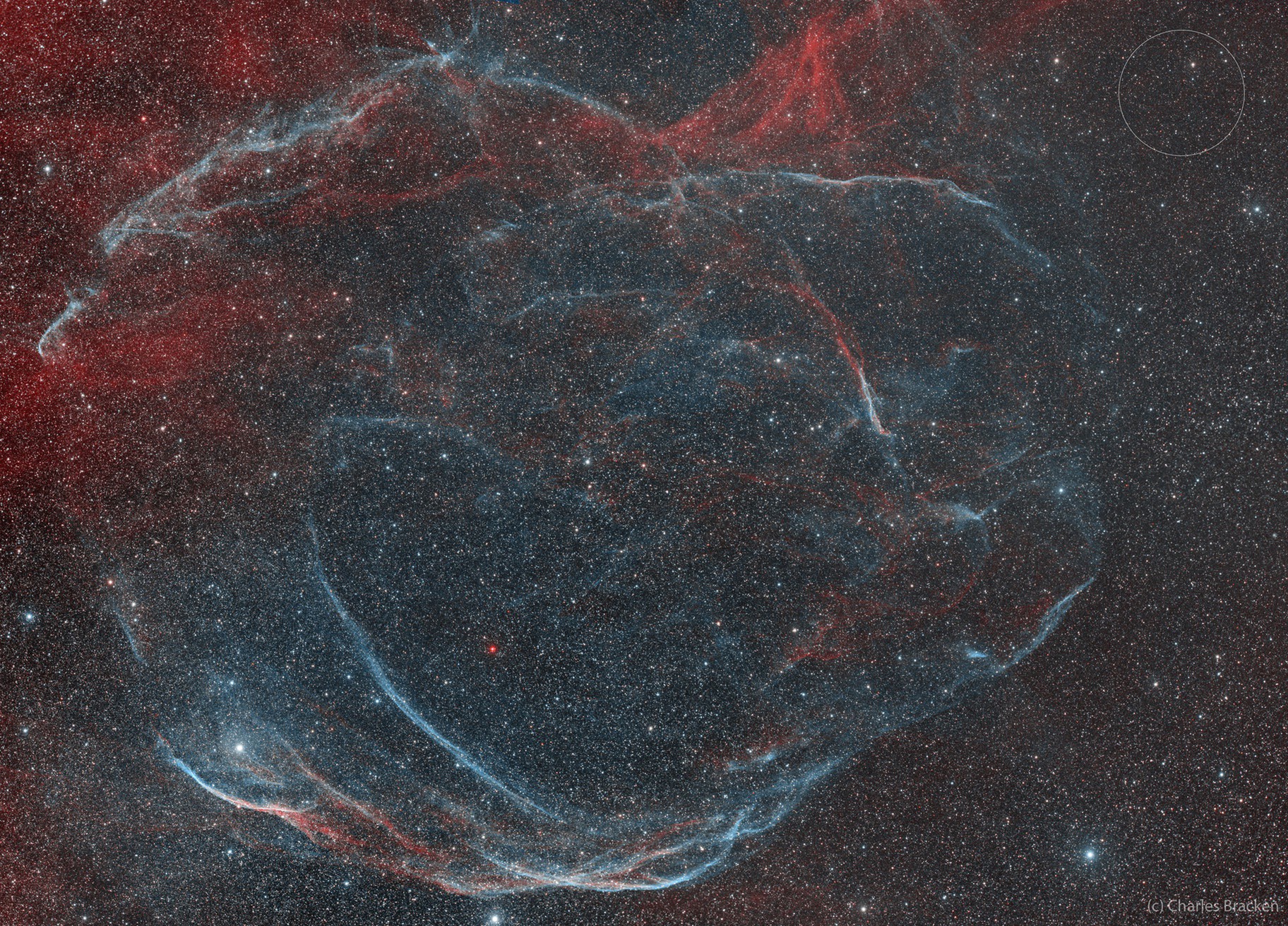 This is an extremely challenging object, as it is not only very faint, but very large, spanning 5.5° in RA and 3.3° in declination. Even with an APS-C sensor (ASI2600MM) at 387 mm focal length, it took a four-panel mosaic to cover it.  The size of the full moon is shown at upper right for a sense of scale.

It lies at the head of Cygnus the swan, on the border of Vulpecula.  Here, I’ve mapped H-alpha to red and [OIII] to blue.  The whole object is extremely dim in both channels—this image took 41 hours of exposure. G65.3+5.7 was discovered by Gull, Kirshner, and Parker in 1977, though Sharpless cataloged the fragments brightest in H-alpha as Sh2-91, Sh2-94, and Sh2-96.  Gull et al estimated it to be about 230 light years in diameter and 4000 light years away. In 2002, it’s age was estimated to be about 27,500 years old.At first, I thought the deep red star near the center was an error, but it turns out to be planetary nebula PK064+05.1. This is reduced-size version, 25% the size of the original. 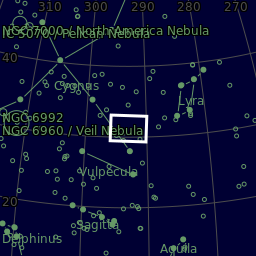