Strottner-Drechsler Object 4 / SNR G210.5+1.3 is a spectrum confirmed previously unknown supernova remnant in the constellation Monoceros discovered by our team of Marcel Drechsler and Xavier Strottner in August 2019.

With a diameter of 25 arcminutes, SNR G210.5+1.3 belongs to the smaller supernova remnants, which is due to its relatively large distance. Since no central star in the form of a neutron star, or a pulsar could be found so far, it was not possible to determine the exact distance of SNR G210.5+1.3.

Examination of the spectra showed strong [S II] emission compared to H-alpha with some evidence of [O I] emission. Combined with the shock-like appearing filaments at some locations, it is fairly certain that this is an SNR.
G210 could also be quite old, since there is only faint [O III] emission, and given its relatively small size of 25 arcminutes, is also likely quite distant. In addition, the SNR could be behind a considerable amount of ISM dust, since no H-beta emission is visible in the spectra.

What is special and surprising about this supernova remnant is the amazingly precise separation between the ionized hydrogen H-alpha (red) and the ionized oxygen [OIII] (blue), which seems to break out of the main structure like a bubble. 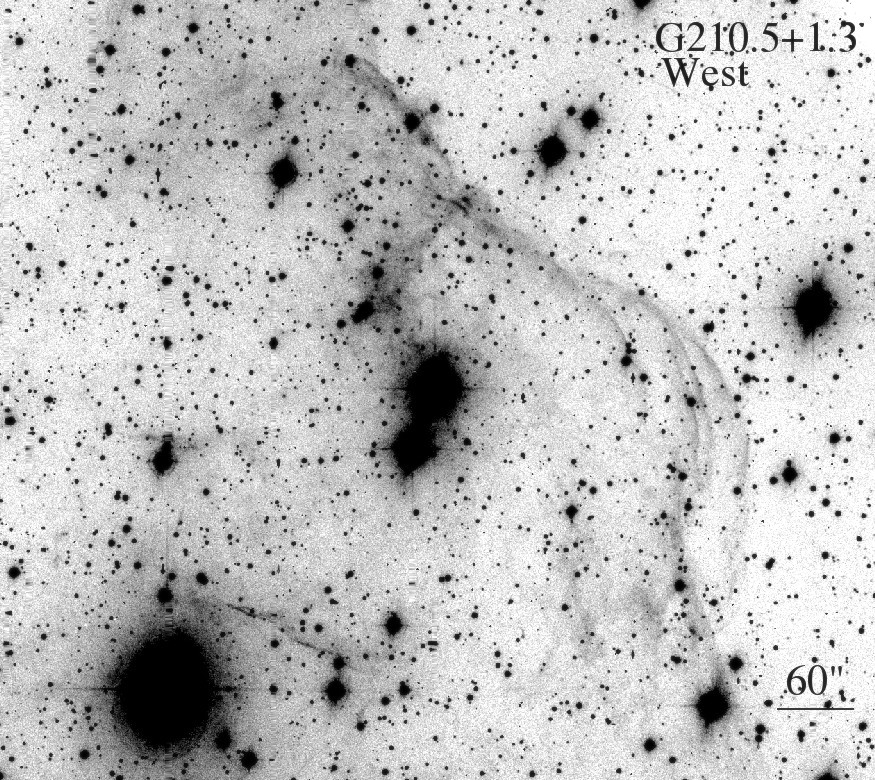 
2 cameras, one image
A particular difficulty during the shooting and later image processing was that in the middle of the project we switched to a new and better camera system. We tried to minimize the transitions in the image, which were caused by the two different camera sensors, as much as possible. However, a slightly deviating star appearance could not be avoided. 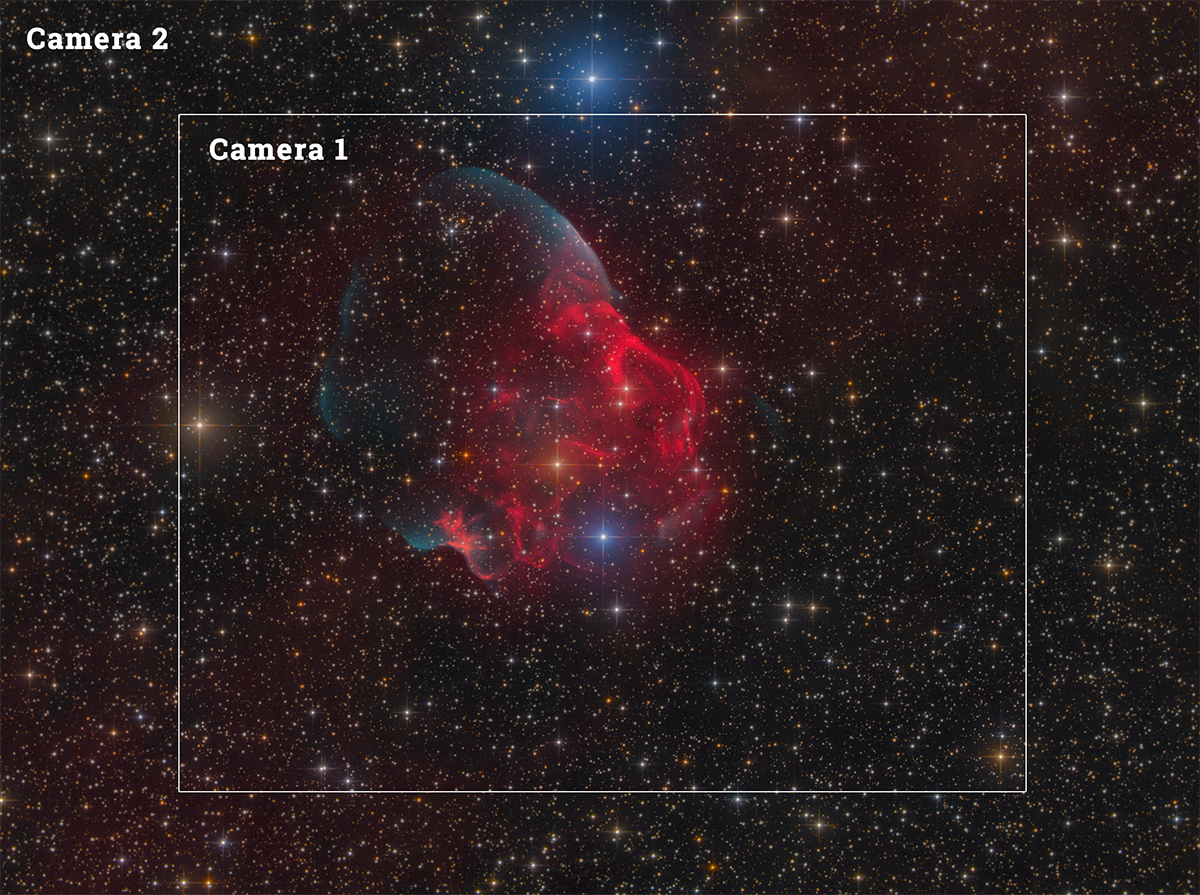 Our special thanks to:
- Professor Robert Fesen, Dartmouth College
- Pascal le Dû for the analysis and registration

A NOTE FROM THE AUTHORS
With the many fine details of the nebula, it might seem that AI applications such as Topaz Denoise have been overused.
However, the raw data already show very delicate structures typical of supernova remnants.
The background was denoised by default using Photoshop and Topaz Denoise. However, we were very careful not to add any structures from the AI.
Our team used techniques that are also used in science to make fine details visible.

Destructive techniques such as removing stars with software were largely avoided.
Instead, the stars were removed using a subtraction technique and the remaining tiny artifacts were logically filled. 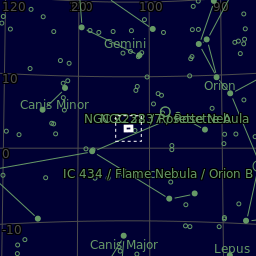