This image it's a result of 18 hours of integration time using a Canon 200mm f2.8 lens, OpenAstrotracker mount, ASI1600MM-C and Astronomik filters.

Also, the final image was further enriched with 12 hours of additional old data from 2019 on Oiii and Sii regions.

The Sh2-230 object has a very large apparent size, extending at least 5° into a region already particularly rich in nebulae.
The object is mixed in with a number of other Sharpless objects in the heart of Auriga.
These include Sh2-229 (seen on the up right side), Sh2-236 (just below the middle), Sh2-234 and Sh2-237 (on the bottom). Also Messier 38 is on the left side of the image.

On the next picture you could see the size of the moon using the same equipement, it's an example about how large is the area captured. 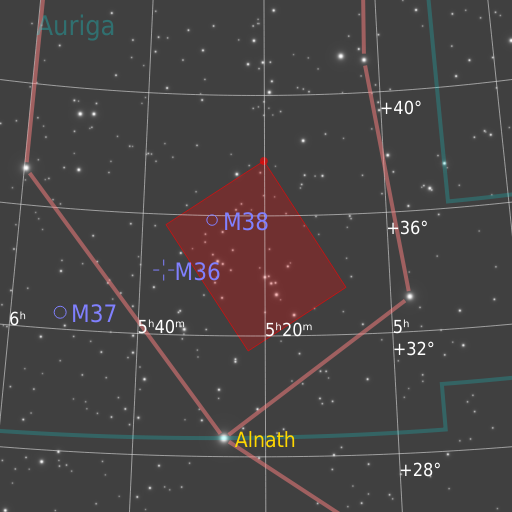