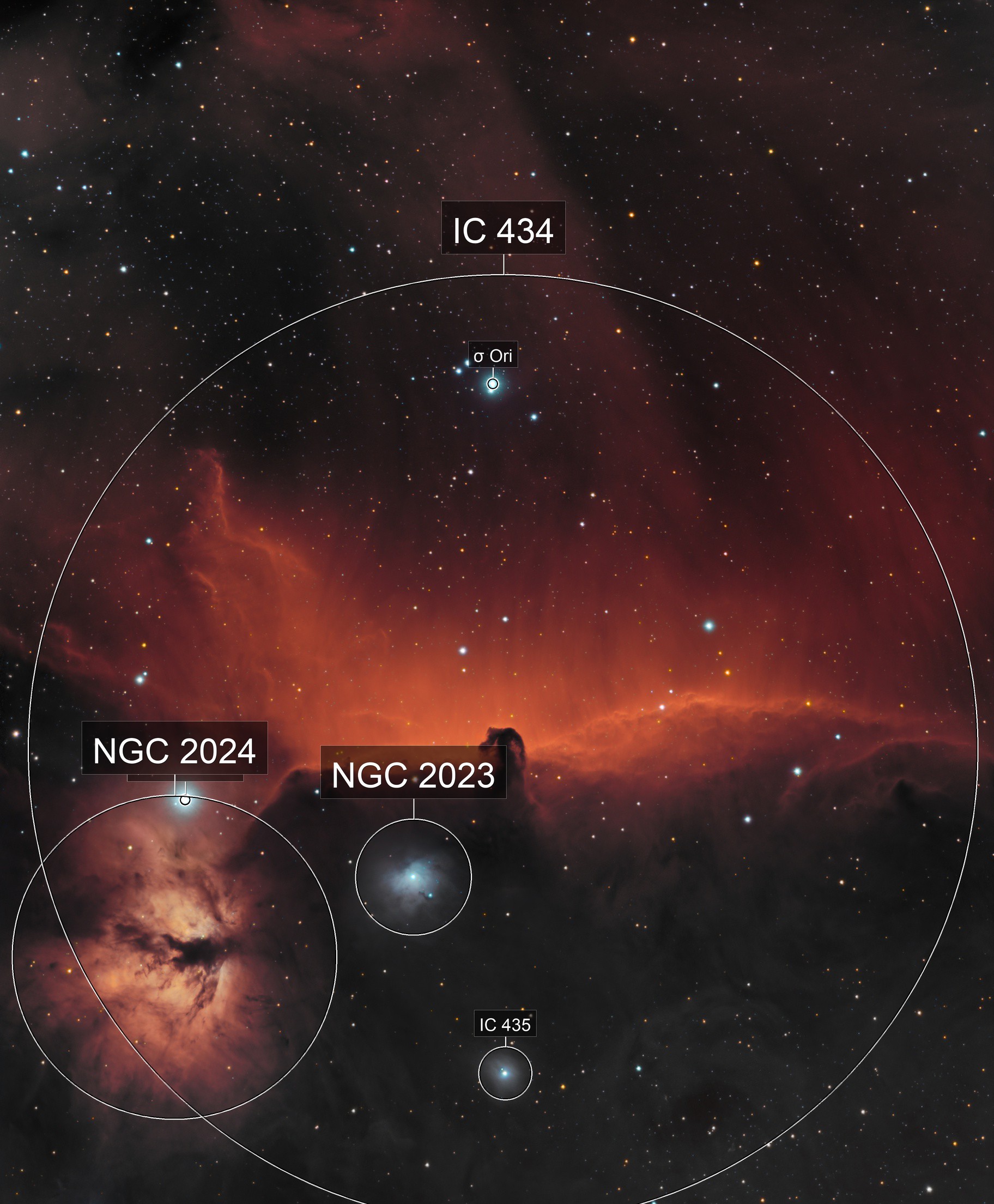 This image is a composite of two synthetic RGB combinations of H-alpha, Oiii, and Blue filters.

The luminance layer is mostly H-alpha, except the Blue data were added using "lighten mode" to enhance the reflection nebulae. The problematic halos around bright blue stars (e.g. Alnitak) were reduced by using entirely H-alpha close to the stars.

This image required a lot of processing work to remove halos and ghosts from bright stars. While the damage is minimal in the final image, I don't want anyone to think that the filters and optics used produced magical data without any halo around Alnitak. :)

Also, it is worth noting that the "HOO" data were further manipulated in GIMP by changing the composition of the green channel using the Channel Mixer feature. While the resulting nebula has pleasing (false) colors, all of the stars turned blue. Importing the pseudo-RGB star colors from the HOB combination was very tedious, and it required manually creating a star mask, which took up several hours. I will think twice before attempting another project with this filter combination. 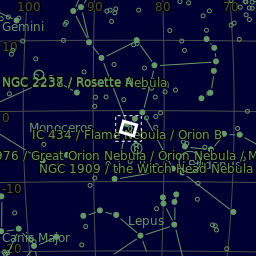