The Lion Nebula is an extended emission nebula in the constellation Cepheus. Its apparent distance is more than 10,000 light years away from Earth. While it fits nicely within the FOV of my 4" scope reduced to 490mm focal length, it is estimated to be about 250 light years across. (For reference, the diametre of our planet Earth is 0.0425 light seconds across!)

Multiple stars apparently worked in concert to create the Lion's distinctive shape, with at least two hot, massive, eruptive stars known as Wolf-Rayet identified, as well other bubbles/shells of outwardly exploding gases with stars in the centre discovered. Wolf-Rayet stars are bright, highly evolved, and at least twenty solar masses or greater, which is two followed by thirty zeroes, equivalent to ~334,000 times the size of Earth. It always boggles my mind to contemplate these distances, sizes, and masses, not to mention the cosmic dynamics and dancing that is occurring or has occurred.

In addition to its lion shape, there are dark nebulae within the "head" region as well as two large ones around the "tail" (B369|LDN1150/LDN1154) along with interstellar matter Ced203. A small cluster of stars in the "mouth" area, right on the "top jaw" is Berkeley 94, and a dark nebula below the "bottom jaw" is LDN1156. An open galactic cluster in the centre of the "head" is Teutsch 127, residing beside the Wolf-Rayet star WR153/GP Cephei and across from orange hypergiant RW Cephei, in between which there are two dark nebulae, one of which (LDN1161) could be thought of as forming an "ear" and the other (LDN1163) could be thought of as a small "eye" but perhaps the bigger round dark region next to this may be a more suitable candidate.

I started on this target last fall and collected ~30 hours of data. I resumed this spring and got it to 60+ hours across all three filters. Everything about this target has been difficult: the capturing was done with and without the moon present causing light gradients, and clouds were a constant presence (I've probably captured another 10 hours worth of very cloudy images). The framing was tricky since I had been capturing it upside down on the other side of the meridian last fall and then right side up this spring and I could never get the rotation angle exactly right between the two sets of frames manually either due to the curvature of the celestial sphere or the change in the position of the mount (which I had taken down for the winter). Fortunately every thing calibrated, registered, and stacked nicely in PixInsight.

This is probably the most inconsistent dataset I've thrown at PixInsight which handled it beautifully. However, post processing then turned out to be a chore but fortunately this time the starless technique recommended by Stephen King produced some initial images that gave me hope and encouragement, which led me to learning and applying some of the most advanced processing skills I've ever used on this target. Finally, I was able to get something decent out of it that I now am happy to share with you all.

The Lion Nebula (particularly the parts outside the "head") is very faint, which is why I spent so much time on this target, and I was trying hard to get the mesh-like body below the head and outer structures and filaments which shows up the most with the O3 filter on which I collected ~24 hours worth of data. Most of the images shown were processed by first creating an original LHOO/SHO image, removing the stars, light processing, and then putting the stars back at a reduced size.

I'm torn between the choices but I've noticed that introducing colour sometimes causes a perceptual loss of detail/contrast (which is why I provide Ha only images for comparison). In this case, it's a very busy field, and the stars cause you to lose sight of how distinctively shaped this nebula is and also the surrounding fainter nebulosity which is most obvious in the starless images. Similarly, since the "head" region in the LHOO is single coloured, the detail continues to shine through. Nonetheless, when you cumulatively examine all the images, you can see how this nebula is deserving of its name! There are aspects (near the feet and even the flow of gases behind the head) that resemble a winged lion from various mythologies.

Since I had nice data in each channel, I've posted both the original Ha and O3 master lights (A and B) in monochrome without the star removal or edge tightening processes so you can appreciate the crowded field of stars but also the distinct Lion shape (the S2 data is also pretty good). I've also included an original version of a LHOOS image (C; the S2 data is in the luminance channel) with star edges tightened, not removed and replaced, as well as reconstituted versions of two LHOOS and one SHO (D, E, and F) images with the same processing otherwise (the colours go from brighter to pastel). Finally, I've included a starless version of the nebula in SHO (G), as well as a fantastic LHOO version by Stephen King (H) which he did early on and kept me going whenever I got frustrated. In my view, C is not bad given its minimalist processing and achieving similar results, but it is not the most pleasing aesthetically. 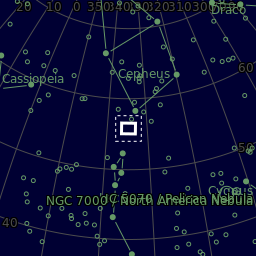