down the accretion disk surrounding an AGN, an intense magnetic field

directly toward us. From our head-on perspective looking down the throat

of its jet, a blazar appears much brighter than it normally would.

Changes in the jet result in variability in radio, infrared, optical, X-ray,

and gamma-ray wavelengths. In some cases, short-term outbursts of several

magnitudes have been recorded over just a few days."

AGC 347 in Andromeda and shares a field with three foreground cluster galaxies (...)." 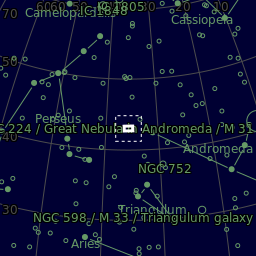