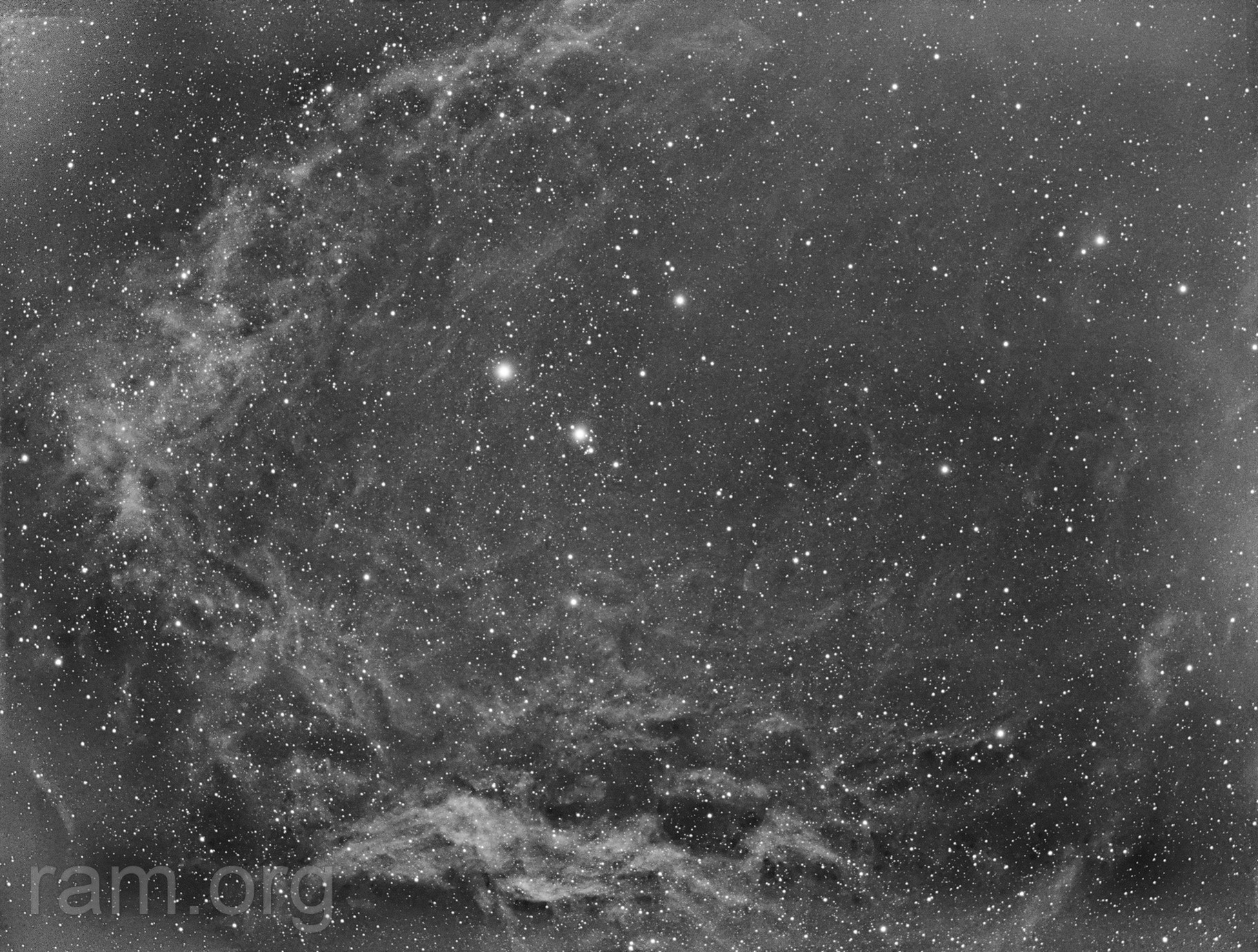 The Squid nebula (ou4) occupies over one degree of the night sky, representing the largest angular extent ever found in a planetary nebula. Known colloquially as the giant squid nebula, it is physically nearly 50 light years across. This bipolar nebula could be one of the nearest of its type known, situated around 2300 light years away, though its possible planetary nebula nature needs confirmation. Even though it is big and close, you're not likely to find it easily. It is an extremely faint nebula emitting primarily O3 signal and resides within the larger Flying Bat nebula (sh2-129) which tends to overshadow it, making it a challenging target to image.

Seeing the Squid situated within the Flying Bat (which apparently has been confirmed) brightly light up in Ha and S2 emissions makes for a fascinating study in contrast and perspective: Most people prefer to assume the head of the bat shape to be part on the bottom left when it is viewed right side up (aka sideways) but to me it's more natural to have the head be where the small blobq of O3 is. This is especially so in the narrowfield framing of my second image, and viewing it sideways, small O3 blob pointing down, and pointing up, all offer something to contemplate. In the widefield framing however it is clear that what most people think is more correct since the wings of the Bat go back a long way.

The Flying Bat and Squid project/series became a huge undertaking for me, ending up with a total of more than 131 hours in the final integrated widefield image of both objects and three series of images, with a few versions in each, depending on the data set used for the integration.

In the first series of images, I am showcasing the Squid nebula by itself using only the O3 filter data, with and without RGB stars. The mono Squid imaged with the Takahashi FC100DF consists of ~53 hours of total exposure in O3, making it my single longest total exposure of a target with a particular framing with a specific filter/scope/camera combination. The RGB data collected using the QHY247C with the SV70T adds another two hours to the exposure. The total integration for the version with RGB stars is ~55 hours. I also captured another 5.5 hours of O3 data using my SV70T which I added in while creating the narrowfield version by reprocessing using LocalNormalization and Drizzle (which were a big help to me in combining the data for narrowfield and widefield series).

There are several versions of the Squid only framing with full capture details at https://www.astrobin.com/jdaa90/ --- the difference between the two monochrome versions of the Squid is the application of HDR Multiscale Transform which reduces the halo on the central star as well as the amount of data used: (A) is based on the full ~53 hours whereas (B) is based on the best 40 hours. (C) and (D) are corresponding versions that combine O3 in the blue channel with RGB stars along with changes in the amount of saturation and brightness. Similarly with (E) and (F), but the Squid is in monochrome mixed with the RGB stars background. Finally, the last image is the re-processed O3 version without and without RGB stars representing ~58 and ~60 hours worth of data.

Following the Squid-only series, I worked on the narrowfield (https://www.astrobin.com/hg1c5d/) and widefield (coming soon) series where it is situated between the wingspan of Flying Bat. I started with data from the FC100DF/QHY163M combination which results in a total exposure of 78+ hours for SHO. The SV70T/QHY163M data used for the widefield framing representing another 51+ hours was also integrated in. The RGB data using the QHY247C with the SV70T adds another two hours. The total exposure of the final image with the narrowfield or widefield framing is 131+ hours, my longest to date!

Description: Same as (C) but starless. 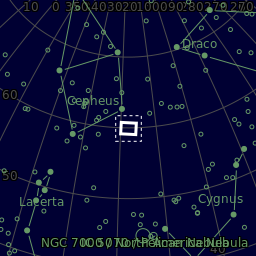