This Astrobin Debut Object, also known as UGC 2812, is a collisional ring galaxy located 0.5 billion light years away in the constellation of Eridanus at a declination of -2 degrees. This galaxy was classified by Dr. Arp into the wonderfully named category of Galaxies – Adjacent Loops. I really enjoy looking at collisional ring galaxies – my collection of them is here.

I am fascinated by so many aspects of this object:

So what is causing the star stream and the beautiful loop? I don’t think it is the tiny galaxy “companion”. There is no distance information for this tiny galaxy. To be at the same distance, this galaxy would be only 30,000 light years in diameter. It looks too well formed to be that small. Plus, I don't see any distinct star streams connecting the two galaxies. So I think the tiny galaxy is far in the distance, a billion miles or more away.

The face-on grand spiral galaxy above and left is UGC 2814, located 430 million light years away. This object is also too far away from the Arp object to be causing the disturbance. 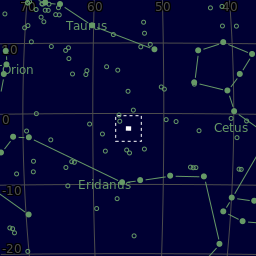