I collected this data at the end of October but have only got around to processing it in mid-November. I was hoping to get more data but the weather hasn't cooperated and I was also intimidated by what might be the densest star field I've ever seen. Fortunately, some members of the local imaging group encouraged me to continue and I gave it a try on Sunday.

I used the new Weighted Batch Pre-processing script to do the much of the pre-processing steps. Check it out if you haven't tried it yet.

Aside from WBPP I had some other firsts: drizzle, and that gave me enough resolution for deconvolution. Between the deconvolution and masked stretch I didn't feel it was imperative to shrink the stars which surprised me. Every other image I've done in Cygnus needed it so this was a nice change. I still tried shrinking the stars but the artifacts were worse than the solution in this case so I left out that step.

I've no idea if my deconvolution settings were optimal. Using the method Jon Rista outlined on his website, I spent most of an evening trying to dial in the settings. It did help. The effect was subtle but noticeable. Hopefully this settings will be useful moving forward as I'd hate to spend that much time per image on deconvolution if I could avoid it. 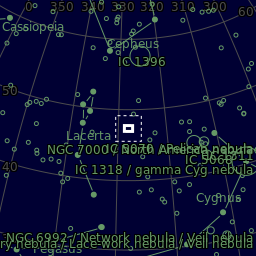